October 30, 2012
Did you ever use old teabags to stain paper for a treasure map? When my daughter was still at school, we had heaps of often quite hysterical fun aging stuff for projects. We did all sorts of daft things: softened up old cheese coverings to mould false wax seals, ‘weathered’ parchment by setting fire to the edges (several times, as the first attempts usually had to be dumped in the washing up bowl for fear of triggering the smoke alarm), poured salt, broken pasta and even lentils, so help me, onto puddles of PVA glue …

Now Lauren’s off at uni doing History of Art at Edinburgh, I found I was pining for such lovely messy arts and crafts, until I decided to use my rather Jurassic graphics package to create a detailed, antique-style map to accompany a fantasy adventure book called Ice Trekker.

It turned out to be infinitely more fiddly than doing it by hand, but with the help of Creative Commons, crazy free fonts with odd names and some sneaky text editing tricks I used when I was a sub-editor, I got there in the end.

In fact, it was a useful exercise, as it made me literally map out the adventure and ensure everyone was where they ought to be. I might even try again for another book.

The results are now on the blog, and I fully intend to include the map on my next submission. Here’s the final result. 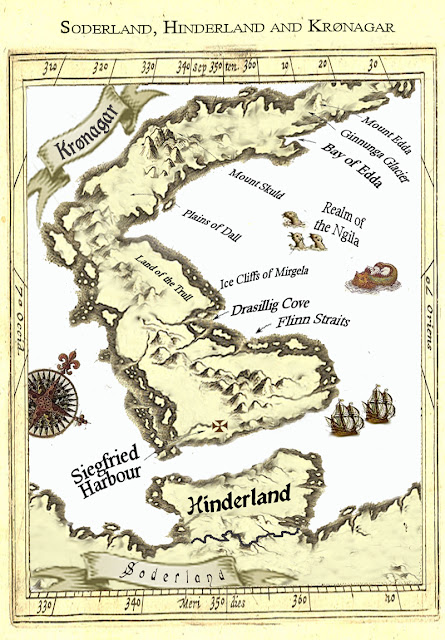 Cragside is a superb Victorian house in the North-East of England with an unusual claim to fame –   it’s the first home to be lit using hydro-electric power. It’s also well known for other gadgets inspired by the owner, Lord Armstrong, a Victorian inventor, innovator and landscape genius whose engineering skills made him a fortune. There’s a hydraulic lift for the servants, for example, and the first electric dishwasher in the world.But some eerie personal coincidences have made the place even more fascinating. I’ve been working on a sequel to The Lost Orchid , a tale of botanical skulduggery in the 1880s when orchid fever was at its height. (Doing the research I became something of an orchid addict - see Orchidmania , a small blog of mine.) Ferns were massively popular in Victorian England, and much has been written about pteridomania, so I thought a fern-themed sequel would be appropriate. It seemed a good idea to move the action further north and this is
Read more 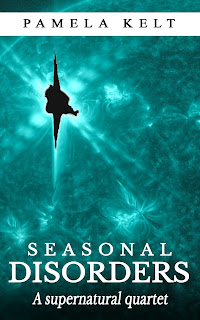 I am a creature of the seasons. I used to think the four quarters of the year were all about temperature, but it’s much subtler than that. The turn of the planet is crucial. Spring to summer to autumn to winter. A natural order of events. Until chaos intervenes. Recently, my personal life has been chaotic and this is reflected in the stories. But that’s how we process difficulties, disorder and dissidence. Seasonal Disorders is my take on a personal calendrical chaos. Four long/short stories (mini novellas), written at pivotal moments in my recent life, which has been so different from what it was that I scarcely recognise it. Now I'm doing better, in case you were worried. Updates ensue. Mad fairies, evil spirits, sinister coincidences, ancient beings, coincidental aliens ... Well. No madder than my than current existence. Bring it on, as they say. Seasonal Disorders is soon out on Amazon ...
Read more