A is for agent 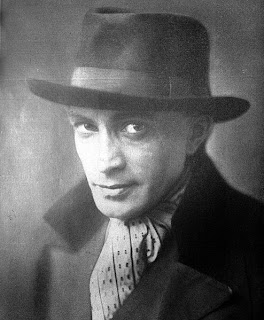 I love spy stories. Thinking back, I believe it all began when I saw The Riddle of the Sands, the film version of Robert Erskine Childers’ novel. Or was when I got addicted to Buchan, beginning with the original movie of The Thirty-Nine Steps with the dashing Robert Donat? The concept of the gifted amateur being drawn into a dark and dangerous world is particularly magnetic.

When I was eight, I used to imagine I had all the moves. Sit facing the main door, having checked the rear for an escape route. Carry alternative headwear to elude any pursuers. Speak several languages, be light on one’s feet, trust no one. 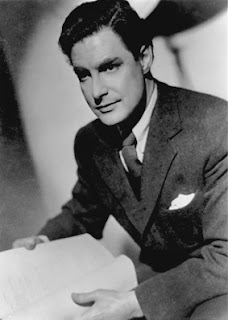 In real life, I’d be useless, even though I do like to joke that I’m invisible to shop assistants and baristas. Since starting writing, I’ve become even more addicted – but not to fictitious agents conjured up by world-weary novelists. Quite the reverse. I have a personal collection of notes on real-life spies and agents, whose life stories pop up increasingly, thanks mainly to the National Archives.

As this is April Fool’s Day, as well as A of the A to Z, I did think about doing a pastiche. The Amazing Agent Avril, the spy who never was. Tee hee. Thankfully, I realised after five amusing minutes, that this would be in bad taste. Besides, there are so many real-life stories that defy belief, why make one up?

One of the most notorious individuals in my collection is Marina Lee that I came across while researching Nazis in Norway for a film noir-style thrilled called Half Life (co-written with my husband Rob Deeth) and out in summer on Muse Publishing.

This woman was one cool customer.

If I made up a story about how a former ballerina would work as a Nazi spy and secure the defeat of an Anglo-French force fighting to retake Norway from the Germans during World War II, you’d say I’d been on the aquavit. But this is exactly what transpired, according to lately declassified documents.

Lee infiltrated the headquarters of the allied taskforce sent to liberate Norway. Apparently, she had travelled to Stockholm, by train, disguised as a Swedish nurse from the Red Cross called sister Ebba. From there she headed to Narvik, where she mixed with British troops and stole their battle plans. She handed the details of the allies’ planned counter-offensive to the Germans, who had invaded Norway in April 1940.

With her action, the Germans had the upper hand while the allies suffered a severe setback. The defeat led to the resignation of Neville Chamberlain and his replacement as prime minister with Winston Churchill.

Despite MI5’s efforts to trace Lee for several years after the war, she was never found. The story emerged in January 1942 in another tale which sounds like the scenario to a film noir movie. 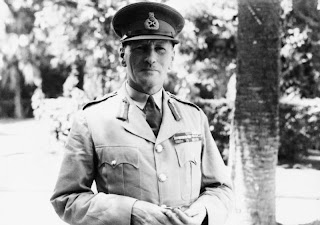 A German officer, Gerth Van Wijk, who changed sides to work for the British, repeated a story he’d heard by another captured agent called Von Finckenstein. (Again, if I’d made up these names, you’d think I’d moved onto the schnapps.) It seemed the German commander at the key Norwegian port of Narvik, General Eduard Dietl, was facing defeat at the hands of the allied force led by dashing British commander General Sir Claude (the ‘Auk’) Auchinleck. The German Secret Service sent a woman to Auchinleck’s headquarters, it appears. She acquired the details and delivered them.

She was named as Marina Lee, a married woman who was born in Russia with the maiden name Marina Alexievna. Trained in Russia as a ballerina and in Oslo, she ran a ballet school for some time. Curiously, she was also said to have a passion for fortune-telling.

Other files record her as being in Madrid in August 1941. She had ‘fair hair, scraped back in a large bun’ and wore ‘only make up a thin layer of lipstick’. She was well-dressed, with rings on both hands and blue enamel earrings’. She spoke Russian, German, Spanish, French, Norwegian and English, and was said to be ‘blonde, tall, with a beautiful figure, refined and languid in her behaviour’. Quite the femme fatale.

In a scene worthy of Carol Reed, von Finkenstein said he had thrown the only photograph he had of her into the sea with his passport when he was captured. Had he been captivated by her obvious charms?

Other details say that she had worked as a dance teacher in Moscow and personally knew Stalin and other high-ranking USSR officials. She allegedly met a Norwegian communist in Russia and married him before travelling for the Soviet government on a propaganda mission showing off Russian dance in a number of European countries. In London she befriended a Spanish man, leaving her husband and travelling to Norway where she abandoned her communist friends and mingled with officers from the German intelligence service, the Abwehr.

Her MI5 file does not record her opening a dance school in Barcelona where she adopted the name Marina Noreg (meaning Norway) and the last entry from October 1948 said she was ‘just the type to transfer her allegiance, having once had a taste of the game’.

Having changed her name to Marina ‘Noreg’, she evaded MI5 and died peacefully aged 74 in Barcelona in 1976.

So, who’s going to write the screenplay?