B is for Blunt

Or how I missed the point of spies

After yesterday’s little canter about secret agents, I would like to share a little story confirming how rubbish I’d be at espionage. This is not a double bluff.

Last summer, I treated my hubby to a day at Bletchley Park. Perhaps this blog should be B for Bletchley, for the place is amazing. One exhibition featured a coterie of agents, many of whom helped to win the war by simply making up the fact they had scores of agents at their fingertips and feeding disinformation to the Nazis. 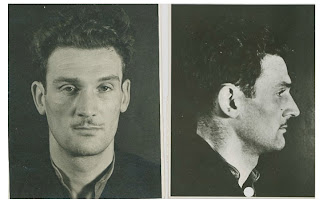 Agent Zigzag, the madcaps schemes of Ian Fleming and so forth. A fascinating mix of the truly great and the truly grubby. Lying to protect your country is one thing, but selling secrets to the enemy is another. Some of them, of course, did both.

As we had our picnic, I recalled how I’d actually met a secret agent of the first and honourable order. When I was doing an M. Litt. in Oxford, I’d had issues with a supervisor. One term, I was allocated the Prof of the Spanish department himself, Peter Russell. Someone took me to one side and filled me in on his past. He’d dabbled in the civil war, learned Spanish, and ended up as a highly-prized SOE operative. After the war, he’d dazzled the academic community with his first paper: from memory, ‘The Spanish comedia as pot-boiler’. What a stonker that article is. He may have blown a few bridges in his mysterious life as an agent, but this blew the academic interpretation of Golden Age drama to smithereens.

What a gentleman he was. I can still picture him, sinking into his comfortable armchair in his bijou apartment near St Antony’s, surrounded by quite the jade collection. When we got home, I looked him up again. I’d been brushing up on my Spanish drama references for a political adventure called Dark Interlude, out in June on Muse Publishing. I wondered if I might find anything useful.

It seemed that Sir Peter Russell, King Alfonso XIII Professor (1953–82), and expert in medieval and early-modern literature, also had actually begun his intelligence work in 1938 during the Spanish Civil War. According to one obituary, he was detained by the Spanish Civil Guard on the Cíes Isles at the mouth of the Vigo estuary while photographing one of the few Spanish battleships that had not remained loyal to the Republican government.

He was interrogated by two German SS officers in the Hotel Atlántico, but instead of what you might expect, he was invited to dinner by them and given a stamp in his passport to leave Spain the next day via the international bridge at Túy, en route to Oporto.

I told you he was charming.

He was commissioned in the Intelligence Corps in December 1940, rising to lieutenant-colonel. When a colleague asked him in later life whether he had been in MI5 or MI6, the answer was: ‘Both.’

His favourite story was about how he was despatched to Lisbon to keep an eye on the Duke of Windsor and – if you believe the rumours – to shoot him if he tried to defect to Germany. From 1942 to 1946, he popped up in the Caribbean, West Africa, and the Far East (where, it seems, he spent some time up a tree in Java with a short-wave radio). I swear William Boyd must have read the same obit. as inspiration for Any Human Heart, starring Matthew Macfadyen.

I came across another delightful story, showing how fact and fiction can merge. Russell was the inspiration for the leading character ‘Sir Peter Wheeler’ in four of the novels of Javier Marías, Lecturer by Decree at Oxford from 1983 to 1985, including All Souls. Prof Russell considered that Javier (elected to the Royal Spanish Academy seven days after Russell’s death) had offered him literary immortality, and gladly agreed to become a duke in the writer's imaginary kingdom of Redonda in 1999.

My last tutorial popped into my mind and I had a blinding moment of discovery. I know when you’re reading a book, sometimes it seems the characters can be incredibly dense to realise some key issue. This particular moment de vérité had taken several decades.

I was hurrying out, and Professor Russell reminded me to attend a lecture at 1pm by some art historian chap called Anthony Blunt, Surveyor of the Queen’s Pictures. The title was along the lines of ‘Art: fact or fake?’

Professor Russell: ‘It could prove rather interesting.’

Blunt was quite the expert art historian.

All well and good. I’m interested in art history, but I had something really important to do that afternoon. Go to Boots, I don’t know. Anyway, I didn’t make it. The news broke the next day when, in the House of Commons on Thursday, 15 November 1979, Thatcher revealed Blunt’s duplicity.(He was exposed as a member of the Cambridge Five, a group of spies working for the Soviet Union from some time in the 1930s to at least the early 1950s.)

The public lapped it up: the downfall of a professional man who claimed to be able to tell the difference between a forgery and the real thing, yet one who had lied throughout his whole false existence.

As I read through Professor Russell’s warm tributes, it suddenly dawned on me that he knew Blunt was about to be exposed. Of course, he knew. Did the prof still have ex-SOE connections? Did he go to dinners for retired spies? Did they gossip over the phone? In code, of course. And I missed Blunt’s last public appearance.

So I met a spy, but failed to encounter a traitor. Interesting times.