I is for immersion

I was reading about Daniel Day-Lewis the other day. He researched his role in Lincoln for a year. Even when they were filming, he was called Mr President on set. DDL is famous for his ability to immerse himself a role. 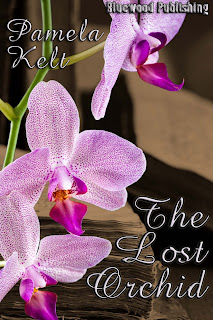 I’m not saying I spend a year researching a book. Actually, in the case of The Lost Orchid, it was probably more. But never mind! For all the books, I made it my mission to immerse myself in the period.

This is not to include a plethora of detail in the book, but to allow the story to tootle along against the backdrop of acquired knowledge. It also stops you making a complete plonker of yourself. You can’t have a  plotline dependent, on say, an underwater torch, if it hasn’t been invented yet.

So, first I start to amass physical reading material: books, newspapers, articles. Key non-fiction volumes I will actually buy and stick within arm's reach on a shelf. Fiction I tend to accumulate my ereader. It's illuminating and often rather humbling to see how others approach the period or topic. It's a painful process, but you have to judge the 'competition' for yourself.


My key weapon is the internet, however. And I'm not to proud to admit that I often start with Wikipedia before branching out. I also sign up for e-alerts on relevant subjects to make sure I keep up. I keep every useful website, all listed under each title I’m working on. I have quite a collection, and it saves so much time. This also has come in handy when I’ve been working on a sequel, or another title set nearly in the same era. I thought I’d lost all my precious links the other day and broke out in a cold sweat.

Online archives are a rich treasure trove, and I have a penchant for photographic archives. The details from old stills or footage can be more useful than descriptions of clothing, for instance. Old clothing catalogues for sale on the web are also grand. I’ve joined a few local sites, such as Southport Yesteryear, so the images pop up on Facebook every day to keep me on my toes. 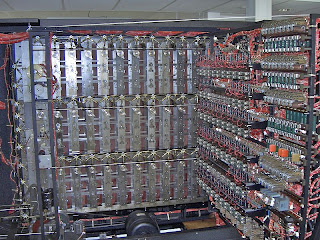 Then there’s the telly. Films, costume dramas, period series, documentaries on obscure channels. I record them all – and transfer the best to DVD. More recently, I’ve discovered the radio is terrific place for stuff. For instance, I was researching 1940s spies and they ran Agent Zigzag, a play based on that strange operative, voiced by the inimitable Damian Lewis. Listening to the script and hearing the great beeb sound effects set the mood better than anything visual.

My addiction doesn’t stop there. Art galleries, collections, museums … anything I can find, the quirkier the better. A recent 'discovery' was Bletchley Park with its Turing Bombe Rebuild Project. The material they have there is mind-boggling, especially as most of it used to be secret. You can't beat contemporary artefacts for authentic detail.

I take my trusty little digital camera and photograph anything I'm allowed to. I now have quite a juicy little archive all of my own.

But the next step is even more ambitious. I've planning a sequel to Half Life, a scientific thriller set in the 1930s, and it simply had to be in Berlin. I've never been, and Google Street View won't cut it, so research trip here I come. It might sound like a busman's holiday to some, but I'm raring to go. After all, everyone needs a break. May as well make it count.