K is for Kelt 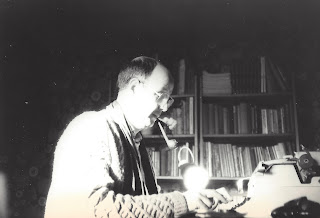 Peter Kelt, that is.

It's hardly surprising, with a surname like mine to hear that I’m Scottish. I don’t sound it, but in my tartan veins, I’m truly from north of Hadrian’s wall. Didn’t keep us out.

I grew up in England. My parents, both Scottish, left home and sought work in the devil’s country. There was no money to be earned back home, no matter how smart you were.

My grandparents had bigger ideas. They wanted to emigrate to New Zealand. I remember a tense night when I was about nine. I lurked upstairs. Voices were raised in the lounge. Oh dear. Upshot? Grandparents failed to insist that we all emigrate because they wanted to. My mother was a strong woman and had her own career - and her own way. Granny and Grandad took a ‘retirement sabbatical' in NZ. Parents stayed in England. Much friction. Actually, GPs had a ball on their trip. I have the slides to prove it.

Momentary break. My dog Chester has lost his pink tennis ball and is shouting at me. Umpire! Sorted.

Back to ‘K’. My grandad was quite a character. Six foot four, tweedy plus fours, salmon fisherman. Spoilt me rotten. He exuded total charisma. Or is that Karisma, Kelt-style? He traced his Dunblane family to when they spelt the name with a C.

Or so I was told. I inherited his papers. I never found this link. I’ve tried on the web. Nothing. Maybe it was just a misremembrance, but something tells me otherwise. There are Kelts around the world, although I’ve never met nor heard from a single one. I gather my grandmother had a brother in Cheshire. I've never met them. I'm not sure why.

I know there’s a Pam Kelt in New Zealand and one in Memphis. We get around. Curiously, both are keen defenders of wildlife. Perhaps it’s in the genes. 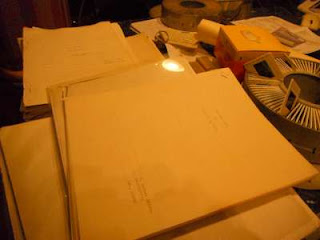 Moving on to the next part of my strange Keltic tale … My dad was Peter Kelt. Peter Andrew Winton Kelt. Or that’s how he was christened, although he was far from religious.

My dad was quite a guy, an iconoclast, in his own quiet way. Openly atheist, he often railed against politicians and the system. He loved his sport, and was something of a smooth golfer, I’m told. He could complete the perfect swing without removing his pipe. In his late teens, he nearly went professional.

Instead, he went to Edinburgh University ostensibly to do languages, but ended up doing geography because he turned up on the wrong day.

I really don't know how that happened. After I came across my grandmother's degree certificate for French and German at Glasgow in 1925, it struck me that Dad decided he didn't want to do languages, and simply slid across to a different faculty without trying to make a fuss. It sounds a more likely explanation.

He got hooked on anthropology and psychology, endured National Service and headed into teaching. He was always a bit of a prankster and enjoyed flouting authority. I remember I once had an essay topic at junior school: pictures in the fire. Dad was unimpressed and suggested I imagined myself to be an impoverished aristocrat, throwing the last Rembrandt onto the flames to keep warm. My English teacher, I recall, was underwhelmed and I sort of got into trouble. It was hilarious and deeply satisfying.

He was good teacher himself, I hear, and popular, although he wouldn't let the lads get up to any nonsense. Of course, he was a brilliant dad (this I know).

When he finally quit teaching, I posted the damned resignation letter for him, as he couldn't bear to do it himself. I can still picture the discussion by the postbox on Alexandra Road. The plan was to write. Well, he holed himself up in the study, and that's what he did.

Recently, I acquired a boxload of his manuscripts. I knew he'd written some books, but I'd never seen the actual documents. It transpired that he'd been somewhat prolific. At first, I couldn't face opening the box, but then my daughter came home at Christmas. We got a bit tiddly, and then I prised open the lid. Five books, and plots for more. It was like a movie. You should have seen the typewritten pages stacked up on what we laughingly refer to as the breakfast bar. Unbelievable.

I'm hatching a plan. The first step was to acquire a character-recognition scanner. Thanks to magic Rob, we now possess a whizzy machine in the front room that's reminiscent of a Borg cube. Step two: I’m going to scan in the lot. (Step three will be a marathon edit to sort out the line breaks and general silliness that comes of uneven hand-typed documents.)

Step four, get them published. I haven't quite decided which route, but it'll happen. So, my dad can be a published author, even if it's posthumous. I always knew he would be published. I just didn't realise it was going to be me that helped things along.

K is for Kelt. Peter Andrew Winton Kelt. Make a note of that name. He was brilliant. And such a nice man. I wish you’d met him. With luck, I'll be able to share his books.