M is for museums

Museums might be full of collections, but I collect museums. I’ve loved museums ever since I was a child when my Granny Paton would take me to the National Museum of Scotland. I would gaze upon the shells, the astrolabes, the planetarium … until I had to be lured away for tea and cake. 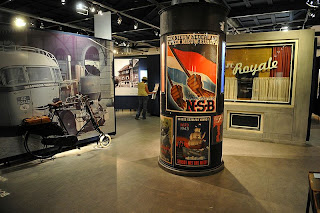 Grand museums are all very well, but I’ve always preferred the smaller ones, set in a house, recreating a certain time period or life of a famous person. There was a tiny one in the Botanic Gardens, Southport – basically just a room, filled with Victoriana. It was the attention to detail, such as dried flowers under a glass dome, that got me: it was almost like a life-sized doll’s house, complete with figures in costume.

Whenever I travel, I hunt out the local museums. In Amsterdam, I love the merchant’s houses by the canalside, packed with 18th-century furniture, and more recently, was moved by the Dutch Resistance Museum (pictured above right). In Heidelberg, Friedrich Ebert Memorial commemorates the first president of the Weimar Republic. A serious place, set in the house of his birth, it preserves those turbulent days in poignant detail, mixing authentic paraphernalia with state-of-the-art multimedia. 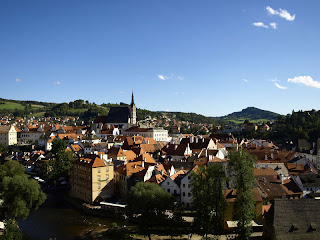 But top of the list of my favourite museums is the Museum Fotoatelier Seidel, a museum of photography in Český Krumlov (left), an architectural gem in the Czech Republic famous for its castle and medieval views. (I was so taken by the gruesome history of the castle that it forms the basis of my current project, Machiavelli’s Acolyte.

Back to the museum. Experts have refurbished the former home of the Siedel family, a Jugendstil building from 1905, in painstaking detail. The story of how it came about is astonishing.

An elderly couple had been living in the house, the husband was one of the sons of a photographer from the century before. 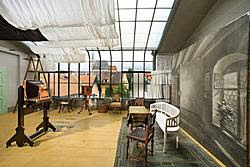 When Josef Seidl (1859-1935) became a photographer, he bought a studio in the garden of the house in Linecká street in Český Krumlov in 1888. Apparently, he loved modern gadgets. He was one of the first skiers in Bohemia and used skies to travel for his pictures. Later, he travelled on a bicycle and even on a motorcycle to pursue his passion. He made panoramatic pictures and used autochrom technique not only for coloured postcards making. Josef’s son František continued in his father’s work until the communist regime banned him from working. Later, he was forcibly repatriated back to Germany, leaving behind his fiancée. Years passed. She waited for him. He returned after the war and they married, although they were old to start a family of their own. They stayed on in the house until their deaths. They left it to the town, and local historians took possession, but found something that took their breath away. A locked door led up a secret staircase to the attic, where they found the photographer father’s complete collection of glass plates telling the stories of thousands of lives of people from the Czech-Austrian-German borderland from the late 1800s to the early 1920s, along with František’s own photo collection of local portraits and events: babies, children, soldiers, schools, old people, weddings and funerals.

It seemed the son had locked everything away, awaiting a more democratic age. There it sat for decades, gathering dust – the glass-plate negatives, the studios, the camera equipment, even the developing chemicals.

(I hope I’m recalling the details correctly, for much of this based on memory from a personal tour that was worth every crown.)

Now, the studios have been refurbished as they would have been when father Seidel did all his family portraits, complete with backdrops and drapes. The house tells the story of photography emerged as a technology and art form, to the present. The rest of the house is there in all of its 1930s glory, complete with original furnishings, down to the stencilled wallpapers and flowerbeds in the gardens.

In a wonderful twist, this was only possible because of all the photographs that were taken of the place, recording its appearance. It is elaborate, architecturally impressive and touching. It’s not just a wealth of photographic images, but it showcases memorabilia from the world of photography over its developmental history.

But that’s not all, and this is why I think provincial museums are so valuable. The city has almost completed a digitisation project, creating a database of  the 140,000 glass plates as well as celluloid tapes with negatives, which were all meticulously catalogued. Now those families rent asunder by politics and war can finally begin to relocate each other.

It’s little known, and the website is only available in Czech and German, but if you drop by, you can still get a glimpse of its historical significance.