N is for Nordic noir


Something of a crime saga ...

I’m a fan of Nordic noir. Isn’t everyone? 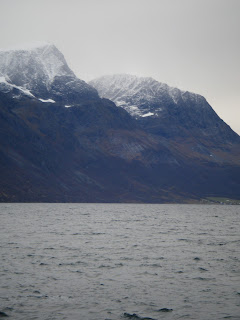 I first came across it in the mid-1990s when in Lund, southern Sweden. My husband was doing things chemical; Lauren and I came along for the ride. I was gripped by a dark detective show in Swedish, and I couldn’t speak a word. I switched on the Swedish subtitles, which helped slightly. I’d no blinking idea what was going on, but I loved it.

Nordic noir is a phenomenon. Stieg Larsson’s trilogy. The Wallander series. The stories convert effortlessly into TV and cinema. Borgen, The Killing … So, where did it all start? And why is it so successful?

The BBC4 documentary had cool interviews featuring Scandinavian authors describing their work in flawless English. It waxed lyrical on the landscape, the icy wilderness, the long, dark nights, the loneliness. How Sweden, in particular, suffered a crisis on the shocking assassination of prime minister Olof Palme. Is the fact that the murderer has never been caught the reason of an increasing uncertainly in this nation’s confidence as a flagship of modern democracy?

What it didn’t say was that much of its more recent success, in my view, is down to to the strong personalities of the women, which they combine with deep, yet troubled compassion. Very nordic.

But NN has been around for AGES and in different guises. Going back a few decades, it’s clear much has been written on the Scandinavian awkwardness with Nazism versus its own supposed neutrality. Larsson’s obsession with exposing neo-Nazis is said to have inspired his plot in the Dragon Tattoo series, which edges back into the past with the Vanger family’s brutal proclivities.

In a fascinating little blog on the subject, the author asks soul-searching questions about how Sweden might have fared if Germany had won. Swedes have begun to examine their country’s murky relation to the Nazis, with some famous names popping up: Ingvar Kamprad, the founder of IKEA, was said to have once joined the movement (1942-1945). She also references Ingmar Bergman and even Queen Silvia herself.

So, is the mystery about Nordic noir the guilt about a shady past lurking beneath the image of the squeaky-clean Utopian society? Always good fodder for thrillers and mysteries. 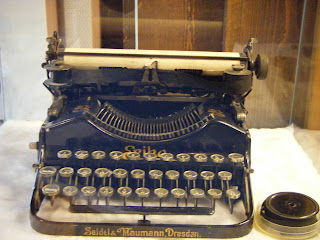 I can’t take credit for any of the following: I’m just glad I found it. I couldn’t possibly condense it all, so here are some highlights (or lowlights?). Feel free to skip to the end.

Some of the earliest crime stories in the world were penned by a Norwegian, one Mauritz Christopher Hansen (1794-1842), a poor man of letters. At the end of 1839, Hansen published the short novel Mordet paa Maskinbygger Roolfsen ('The Murder of Engineer Roolfsen’), written a year and a half before Poe published ‘The Murders in the Rue Morgue’.

As the 1800s continued, Nordic audiences tended to sympathise with the villain. The autobiography of master thief Gjest Baardsen, written in prison, was one of the most popular books in those mid-19th-century years.

In 1897 came ‘The Adventures of Karl Monk’, a former Head of the Kristiania (Oslo) CID-turned private investigator. Conan Doyle was by now immensely popular with the increasing middle class. Norway itself, although still poor, now had steam engines, electricity, telephones and bicycles – a busy capital city complete with an underworld. Echoes of Baker Street?

I’m interested in the 1930s, having done research for Half Life, a mystery thriller set in Norway in 1936. When I first came up with the idea, I did a cheeky mash-up of ‘film noir’ in a Nordic setting. Casablanca on Ice, where a handful of like-minded individuals, sensing dark forces on the horizon, stand up for a good cause. If you’ve ever seen Dark Journey, with Conrad Veidt and Vivien Leigh (1937), you’ll get the idea.

I’d never heard of the dashing Sven Elvestad, a prolific and wildly successful journalist. His life would make a great movie. Jernvognen (1909, ‘The Iron Chariot’), is a murder mystery that anticipates Christie’s ‘The Murder of Roger Ackroyd’ by by 17 years. He published 90 titles. In later years he used a ghost writer to meet demand.

From 1910 to 1925 he had books published in 17 languages, including Hungarian, Spanish and Serbo-Croat. Few were translated into English, though, but Fænomenet Robert Robertsson (1925, The Case of Robert Robertson) was published in the USA and received high praise by no less of an authority than Dashiell Hammett. Cor. It’s £98.91 on Amazon! 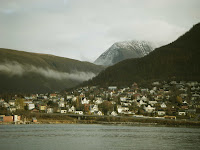 His books dealt with characters from all walks of life, his stories the perfect template for the modern age of speed and technical innovation. I believe this predates the way modern Nordic noir authors use the crime novel as a template for exposing the weakness in 21st-century Scandinavia.

Curiously, Elvestad was early to interview one Adolf Hitler. Despite earlier criticism of war, in his later years Elvestad became an admirer of Mussolini and Fascism, which might account for the fact he’s little known in the UK at least.

Øvre Richter Frich (1872-1945) was another journalist-turned-fiction writer, a common trait, it seems. He specialised in Jules Verne-style adventures. The hero is Fjeld, a blond (Aryan?) giant, fore-runner to Bulldog Drummond. Frich became increasingly anti-Semitic, proto-Fascist and reactionary, although the early work is still rather fun. Allegedly.

Set in Germany, it concerns the secret machinations of the Nazis at a time when most Norwegians were ‘still blind to the dangers of Nazism’ when ‘Graham Greene had barely started to develop the political thriller into something more than Ruritanian intrigue’. Muren introduces psychoanalysis as a method of detection – the secret is buried in a childhood trauma that the main character, a young pianist, has suffered. How modern is that!

Scandinavia has a dark history. Could one argue that only now is it coming to light?

Personally, I’d love to see a Scandinavian version of Historien om Gottlob (‘The Story of Gottlob’), set after a passenger ship has been torpedoed. Lifeboat survivors tell stories to pass the time, but the stories meld together. Its theme is the rise of Fascism, yet it was published in occupied Norway in 1941. ‘Maybe the censor failed to read between the lines.’ There’s another movie in that.

So before WWII, Norwegian crime fiction moved on from Elvestad romanticism and became more realistic. Nordberg argues that the ‘bloodless plots of the British Golden Age detective story’ didn’t seem credible in a Norwegian setting, nor did the ‘noir’ American world of gangsters and hard-boiled detectives. So that’s where Half Life fits in. Not Chandler, because there’s no cop, but to a world where righteous, ordinary people decide to take a stand.

Well, I wish I’d known it all before. Do check out Mr Nordic Noir, Nils Nordberg. It’s an education.

Still, I think the villainous characters in Half Life are sufficiently dastardly to match up to his standards.

So, Nordic noir is as much part of Scandinavia as its complex history. Perhaps the earlier books will attract the attention of translators. A new audience awaits.