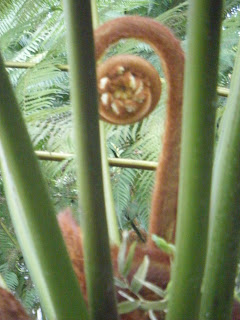 For the Victorians it was all just fern, fern, fern

The term Pteridomania, meaning fern madness, was coined in 1855 by author Charles Kingsley. He was rather patronising how it distracted gentlemen’s daughters even more than crochet.

The hard core fans were known as Pteridologists and could be said to be members of a fern cult as they pursued odd variants of the wild species – unkindly named ‘monstrosities’ by the botanists of the time. 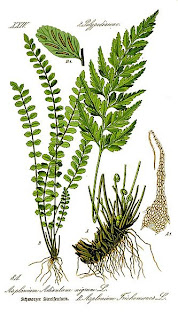 In fact, the interest in ferns arguably began in the late 1830s when the British countryside attracted increasing numbers of amateur and professional botanists.

The periodicals were full of depictions of new discoveries were published, especially ‘The Phytologist’ which first appeared in 1841.

Ferns proved to be a particularly fruitful group of plants for new records because they had been studied less than flowering plants. They were joyfully diverse and abundant in the wilder, wetter, western and northern parts of Britain which were becoming more accessible through the development of better roads and the railway.

Some even argue that they were more suitable for the ‘ladies’ as they reproduced by spores, rather than any funny business, and they certainly didn’t look rude like orchids.

Botanical historians reckong that the half-century between 1841 and 1891 saw the British Fern cult pass through four phases with changes of emphasis:

The public flocked to see new varieties exhibited at local, regional and national horticultural shows. By the end of the century, any country house worth its salt had its own fernery, and some delightful examples are being renovated. 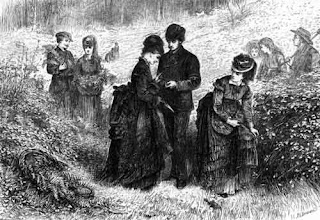 But it wasn’t just real ferns that had people hooked. Ferns were just as, or even more, popular as a decorative motif, from the 1850s until the 1890s. While many ferny objects were manufactured in England, Scotland specialised in the production of certain types of item.

Glass engravings were particularly sought-after, such as those by the John Ford Holyrood Glassworks, Edinburgh, with Bohemian inspiration. A more rustic style used pressed and dried fern fronds, glued to a box or screen and varnished. In others, the fronds were used as ‘stencils’ with ink, paint or dye spattered or sponged over the fronds onto paper, textiles or wood. There was pottery decorated using fronds in the ‘leaf resist’ technique and a variety of objects could be decorated by ‘inking’ a frond and using it to produce ‘nature prints’ on paper, cloth or other materials. 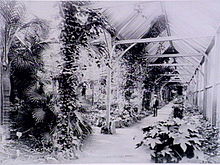 It was quite a democratic pastime, for people of many different social backgrounds sought out the species and varieties described in the identification books to press the fronds in albums or to collect fern plants to grow in their gardens or homes.

For many, fern hunting was a pleasant pastime but for others it became a serious scientific pursuit or even a commercial enterprise.

Another reason why ferns were so successful is down to fact they like damp, shaded woodland conditions – so they thrived in poorly lit Victorian homes, as long as their owners remembered to water them.
It can be argued that no other single craze affected so many Victorians or such a cross-section of society. Orchids were expensive, capricious, inaccessible, but even a worker could have a collection of British ferns collected from the wild.

Sadly, though, it transpires these collectors were over-zealous, and the Victorian fern collectors did is still being felt to this day, rendering some species almost extinct as a result of their depredation.

One example is the Killarney fern, now being cultivated at Dublin’s National Botanic Gardens. It has been cultivated there for over 150 years, but it’s a demanding tenant, requiring a cool, shady moist environment.

Hundreds of thousands of the plants were collected. Torc Waterfall in Kerry once had an acre of these filmy ferns, but now there are just three.

In another encouraging story, a hidden fern grotto, Dewstow Hidden Gardens and Grottoes, was refurbished to its former glory, after being lost for half a century. In 1893, Dewstow was owned by eccentric recluse Henry Keane Oakley. He was a true Pteridomaniac and created his own personal ferny wonderland.

It became a 25-year project, using rock gardens, ferneries and grottoes and the invention of a special cement to create artificial, but very natural looking ‘volcanic’ rock, underground tunnels, caves and stalactites. It fell into disuse when Oakley died, but is now there in all its pteriodmaniacal glory.

If you’re not already pulling on your boots to go off fern-hunting, here is a fun fact. In Finnish folklore, one who finds and acquires the ‘seed’ of a fern in bloom on Midsummer night will be guided and be able to travel invisibly to the locations where eternally blazing Will o’ the wisps called aarnivalkea mark the spot of hidden treasure.