S is for sleep


Or sleeplessness, in my case

I’m not grumbling. It’s just a fact of life that I work around. 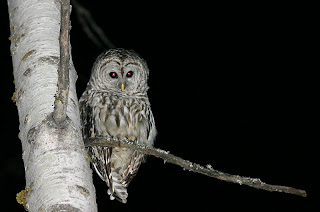 When I was a primary school, I found books helped. I’d read, often until midnight. Sometimes I used a torch, just as they do in the movies. When the batteries ran out, I opened my curtains and read by the light of the streetlamp until I felt drowsy.

Perhaps I didn’t need as much sleep as the other children, and the habit persisted. I'm a night owl. I may as well admit it.

When I went to university, it wasn’t such a problem, but then again, I did tend to stay up playing cards with boys in the flat next door until three in the morning, and had to be up by nine to get to the newspaper first. I caught up with my sleep during the vacations.

When I spent two years in Western Australia, my sleep patterns ran amok. This type of sleeplessness was caused by the daft daylight savings system they operate. It gets light in summer around 3.30am, I kid you not, and the damned parrots start wittering. It didn’t help matters that I was doing shift work, finishing some nights at midnight. Yawn is all I can say.

A different version of sleeplessness kicked in when I returned to the UK, fuelled by newspaper-room anxiety and stress. Actually, I turned this to my advantage, for this is when I started to think up mystery plots to keep my mind busy while I brainwashed myself into believing that rest was as good as sleep. It almost is, in fact.

What added to the stress was knowing I had to get up at 7am to be in the office, bright-eyed and bushy-tailed by 8am. Let’s just say, without copious tea and bacon butties, all those creaking cylinders would never have fired. I scribbled down some of the ideas, but never got round to finishing a manuscript. I was too knackered.

Becoming a parent was rather chaotic, too, but our daughter was a perfect babe, and soon slept for 12 hours at a go. She still can, lucky creature. Doesn’t take after me.

I plodded on. The strict regime of GCSEs and A-levels helped, bizarrely, for we instigated a ruthless regime of mealtimes, bedtimes, time to leave for the bus … or else.

Now she’s at uni, my patterns have reverted to the uni years. I can stay up until 2am, no problem. I feel dire in the mornings anyway. At least now I don’t have to get up for the wretched bus. 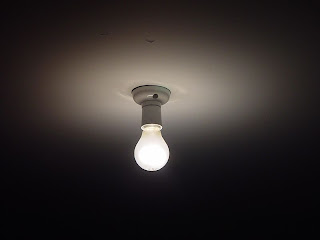 My current sleeplessness is quite different. It's the lightbulb factor kind. Surely, everyone knows that moment when your brain goes ping at 2.30am and there’s absolutely no way to switch it off?

A lot of it is do with the excitement of actually getting some books out there. But even if I weren’t involved in all the editing and hoo-ha, I’d still be lying awake, plot-wrangling.

Around 3.30am is the time when it often occurs to me that someone is in two places at once, or that I’ve left someone dangling. Running through the different scenarios from the point of view of each character is useful, and gives the brain a bit of a workout. I’m not saying I get back to sleep soon, but I do drift off before dawn.

Oddly enough, I tend to remember most of the crucial details and even manage to scribble down a few notes.

And in England there are no chuffing parrots, for which I am eternally grateful.

PS I nearly did S is for stress, but knew I’d just get cross. I had the idea after I saw an unintentionally hilarious item about stress. It was a photo of a glass half-full of water, used in a stress management session. Aha, you think. Here we go again. Glass half-full or half-empty. Nope. She inquired: “How heavy is this glass of water?” Answers varied. She replied: “The absolute weight doesn’t matter. It depends on how long I hold it. If I hold it for a minute, it’s not a problem. If I hold it for an hour, I'll have an ache in my arm. If I hold it for a day, my arm will feel numb and paralysed.” So, the longer you hold it, the heavier it get, So, the analogy is that the stresses and worries in life are like that glass of water. If you think about them all day long, you end up feeling paralysed – incapable of doing anything.

Not convincing to a Worrier Queen like myself. The solution was hysterical. Just let go of your stresses. Put the glass down.

What! Just like that! Come and spend 24 hours in my fevered sleep-starved cerebellum, why don’t you?

Sorry, I wasn’t supposed to be getting cross. Maybe I should go and have a nap. Do you have sleep issues? I'm wide awake, so tell me about them.