T is for Tulipomania 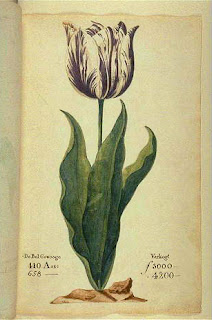 Tulip mania was a phenomenon from the Dutch Golden Age when Netherlanders apparently spent and lost fortunes acquiring the exotic bloom.

It's one of those historical themes that raises its head from time to time and is something of a controversy. Ripe for investigation, but the paperwork is sparse.

It seems that contract prices for bulbs reached extraordinarily high levels and then suddenly collapsed.At its peak, in February 1637, some single tulip bulbs sold for more than 10 times the annual income of a skilled craftsman. It has been written about as the first recorded speculative bubble. Historians thrill to stories of workers abandoning their looms in pursuit of a new specimen, or ruined businessmen flinging themselves into a canal.

It’s heady stuff, partly because it was popularised in 1841 by book with quite a racy title itself: ‘Extraordinary Popular Delusions and the Madness of Crowds’. Written by British journalist Charles Mackay, it’s jammed with craziness brought on by craving for tulips.

Of course, these days, the account is coming into question. Research is hampered by the lack of sensible economic data from the 1630s.

Anyone researching this period will be quick to agree.Why tulips, you may ask? (As an orchidmaniac it's my first question, but orchids hadn't really arrived in the west yet.)

The introduction of the tulip to Europe is usually attributed to the magnificently named Ogier de Busbecq, the ambassador of Ferdinand I, Holy Roman Emperor to the Sultan of Turkey, who sent the first tulip bulbs and seeds to Vienna in 1554 from the Ottoman Empire. Tulip bulbs were soon distributed from Vienna to Augsburg, Antwerp and Amsterdam.

Its cultivation in the United Provinces (now the Netherlands) is thought to have begun in earnest around 1593 after the Flemish botanist Carolus Clusius had taken up a post at the University of Leiden and  planted his collection of tulip bulbs. To his delight, he found they were able to tolerate the harsher conditions of the Low Countries and shortly thereafter the tulip began to grow in popularity.

The luscious tulip was different from every other flower known to Europe at that time, with a saturated, intense petal colours. It soon became a status symbol at this time coincides with the rise of the newly independent country’s trade fortunes. Now separated at last from Spain, the Netherlands embarked on its own Golden Age. 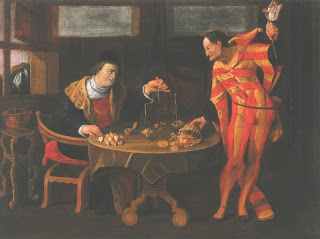 But the difficulty was that tulips took years to bulb from seed; and ‘mother’ bulbs on lasted only a few years. There were difficulties with viruses, although these were the very things that produced the more exotic-looking specimens.

There was a price index for tulip bulb contracts, but figures were missing from the spring of that infamous year of 1637, but the market is said to have collapsed abruptly in February.

As the flowers grew in popularity, professional growers paid higher and higher prices for bulbs with the virus, and prices rose steadily. By 1634, in part as a result of demand from the French, speculators began to enter the market. By 1636, the price of common, any tulip bulb was fetching hundreds of guilders, although often the bulbs didn’t actually exchange hands. The entire business was accomplished on the margins of Dutch economic life, not in the Exchange itself.

After gin, herring and cheese, the tulip bulb became the fourth leading export product of the Netherlands. The price of tulips soon skyrocketed because of speculation among people who never saw the bulbs. People made and lost fortunes overnight.

By the winter of 1636-37, some bulbs reportedly changed hands ten times in a day. No deliveries were ever made to fulfill any of these contracts because in February 1637, tulip bulb contract prices collapsed abruptly and the trade of tulips ground to a halt. The collapse began in Haarlem, when, for the first time, buyers apparently refused to show up at a routine bulb auction. Only sellers existed, as there were no buyers, at all. Could this have been due to an outbreak of bubonic plague? No-one knows, but within days panic had spread. Flowers that had commanded 5,000 guilders a few weeks before now fetched one-hundredth that amount. 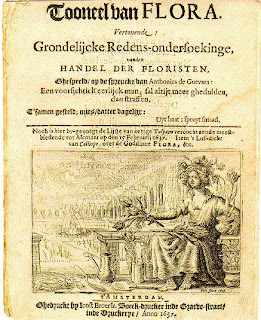 People have puzzled over the phenomenon. Satirists and historians have speculated. In this century, journalists have compared it to failure of the speculative dot-com bubble in 2000 and the most recently, to the subprime mortgage crisis.

A recent book takes a more measured approach. In ‘Tulipmania: Money, Honor, and Knowledge in the Dutch Golden Age’, Anne Goldgar avoids seeing tulip mania as an example of the gullibility of crowds and the dangers of financial speculation, and calmly asserts that not one of these stories is true. After much digging around the archives, she believes that while the 1630s did see a speculative bubble in tulip prices, neither the height of the bubble nor its bursting were anywhere near as dramatic as we tend to think. In fact, the passion for tulips ‘reflected deep anxieties about the transformation of Dutch society in the Golden Age’. She also highlights how so many writers have simply regurgitated the existing, and in her view, exaggerated and often totally inaccurate literature, full of stereotypes and wild assumptions.

So, did it exist at all? Yes, she concludes, and it was a crisis, but not simply a financial one: it was a social and cultural one.And a warning to us all. 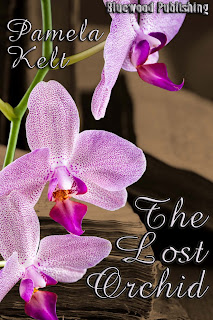 PS Does botany reflect social values? Discuss.Or at least let's hear from you if you think the tulip boom was real or not.

PPS And I thought orchidmania was crazy. So crazy I wrote a book about it - The Lost Orchid, out soon (Bluewood Publishing).


Pictures: An image from Verzameling Van Een Meenigte Tulipaanen, the 1637 tulip book of P. Cos, the source document for much of what is accepted fact about tulip mania


‘The Tulip trade, painting of an unknown artist of the Dutch school, ca. 1650