DARK INTERLUDE is a post World-War-One romantic adventure inspired by the little-known revolution known as ‘Black Friday’ in Scotland in 1919.

Winter 1918. In a sweeping story of social and emotional conflict, Alexandra Milton is a female academic who is ousted from her post at a tranquil university library, ending up in a small, post-war Scottish town which is struggling to cope in the aftermath of World War One. Her job is to archive a valuable bequest of 17th-century Spanish documents.

Meanwhile, demobbed soldiers pour back in their thousands only to find there is no work.

In Glasgow, many join a dockworkers’ protest in a turbulent Clydeside conflict that suddenly teeters on full-blown revolution causing the establishment to panic in a week of tension that became to be known as ‘Black Friday’.

When it transpires the death of the benefactress was indeed suspicious, Alexandra digs deeper and uncovers a sinister plot which could bring the nation to its knees … 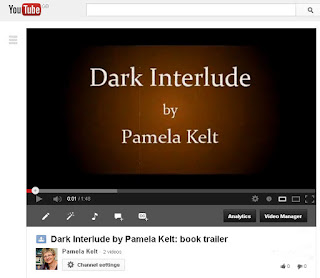 The book will be available on MuseItUp here.