Ailsa Abraham shares a new YA story for the summer Solstice

June 21, 2013
In a first for the blog, sit down and enjoy some gripping new YA fiction from fellow Crooked Cat author, Ailsa Abraham.

THE MOMENT OF STASIS
by Ailsa Abraham


Kez hurled his mobile phone across the garden in frustration. The broadband wasn't working in the house, he couldn't get a signal out here and he felt like walking over to where it lay and stamping on it. He took a slug of his half-cold instant coffee. He would have liked real coffee but he couldn't be arsed to use the machine. Like a spoilt kid he tipped the remains of his cup onto the ground and glared at it.

Nothing had gone right for the boy since they moved out of Plymouth.  He'd had friends there and     things to do in the evenings, cinemas, even clubs if he could lie about his age. This place was a dump.

It was all very well for his parents to bang on about the “blessing” of being surrounded by Nature but he didn't see it that way. Kez kicked a stone along the path in sheer frustration. Now he was not only lost for something to do, he was terminally lonely. 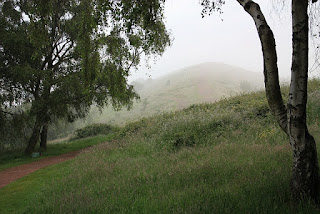 His mother and father had arranged invitations to Glastonbury from the local Druid circle in which they were leading lights. Kez felt himself blushing scarlet just thinking about it.

His mum's name was Dolores, for crying out loud, not “Dove”, no matter how often she said it! And he would cut his tongue out before he'd call his Dad “Fox”. Dad was just Dad or Derek. Why did he have to be lumbered with the most embarrassing family in the whole world? Even his sister, Hazel, went along with it all, although Kez sometimes wondered if that was pure self-interest rather than a fascination with paganism.

Hazel had jumped at the chance of going with them to the Solstice celebration at Glastonbury, positively squealed about it... little creep! She'd drifted around wittering on about that moment, the precise second when everything held still, the stasis before change... moron!

He mispronounced his own name in the hope people would think it was “Kev” instead of “Kez, short for “kestrel”.

So all three of them had piled into the old minibus on Wednesday and left him, perfectly able to fend for himself at 16 but bored shitless and miserable.

He'd thought Stella might have come and kept him company. That would have made the three days' absence of “Fox” and “Dove” more than bearable! But she was grounded. Her grandfather's birthday was that Friday and her father refused to drive her over. He wanted to be sure she was around and knew that if Stella shot off to meet Kez she wouldn't come back. He was right, of course.

Kez mooched down the garden, hands deep in his pockets, scuffing his feet and picked up the discarded mobile phone.  An ugly crack had appeared across the screen where it had landed on a stone but the display still showed him the time... 07.32. Despite himself Kez couldn't help noting it was eight minutes to go to the moment of Solstice.

Why am I thinking that? I don't believe in this crap! I've been brainwashed by my candle-making mum and my wood-whittling dad!

Kez looked up at the sky, a ball of rage in his stomach that rose to his throat and nearly choked him.

There was a mocking giggle from the gate and he turned to find a scruffy-looking girl watching him, a sardonic grin on her face. Her clothes were old and tatty, her hair long and in braids but her green eyes were alive with laughter.

“Don't wanna be doin' that, boy!” she teased. “You go tempting the old ones, they come 'n getcha, you'll see!”  Her accent was weird, not Devon, not from anywhere he'd ever heard.

Kez dropped his arms, which he now realised he'd raised, his fists menacing the early light in a futile gesture. He stared at the girl. Theirs was the only house around, nobody came here unless they had booked into one of his parent's consciousness-raising weekends or a retreat … she didn't look like the usual visitors.

“Tasha,” she said, blowing him a kiss, curtseying, over-dramatic and still mocking. “Come in las' night we did. Stayin' by the brook. Good for the horses, see?”

“Kez,” he found himself saying, as if she were drawing the words out of him on a thread, unwillingly. “You're on our land then.” Even to his own ears it sounded unfriendly and pompous.

“S'lright, boy, don't fret none. We gone by tomorrow, you'll see.” She turned to go, took a few paces away from the gate, her thin plaits swinging down her back, then whirled around again, her eyes a challenge. “You comin' then?”

Kez's feet moved without him realising it. He glanced at his watch. 07.42 … the moment of stasis had passed, the Solstice was over, the time of change had started. Silently he followed the traveller girl down the hill to her van. He would never go back. 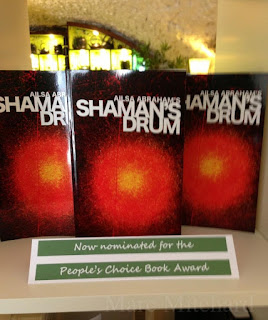 Ailsa Abraham has published four novels in different genres and countless short stories, some of them YA. She is a Hell's Granny (a rather aged motorbike nut) and lives in France with a grumpy old man and some quite nice dogs. Her novel Shaman's Drum, a love story with a pagan and demon-fighting background has been nominated for the People's Choice Book Award and is available from Crooked Cat Books.  And yes, she does understand that it would be hell to be her offspring!
http://www.crookedcatbooks.com/index.php?route=product/product&product_id=84

Her web page is http://ailsaabraham.com/

You can vote for her book here http://www.peoplesbookprize.com/book.php?id=916
**** 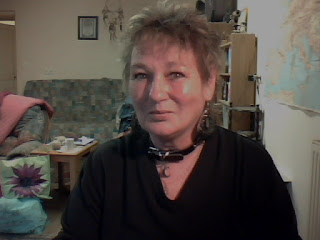 Note from Pam: Thanks for this brilliant tale, Ailsa. More, more more!