Attack of the graphics 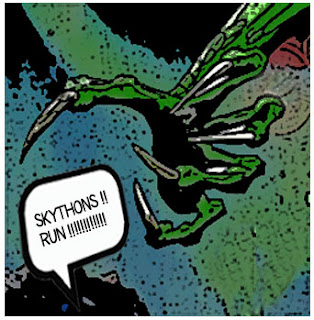 How many people have tried their hand at fantasy novels with a ‘quest’ theme? The answer is, I suspect, just about anyone who’s enjoyed Lord of the Rings. That’s a lot of folk.


Some years ago, I began to develop a story set in the icy wastes of the north. It was based on a trip to northern Norway. The story only took off on the third edit, when I tried a different approach. I decided to ditch the traditional fantasy scenario and go for the flavour of a graphic novel.

Not everyone likes graphic novels. Our favourite country pub is owned by a chap, a former graphic artist, who’s lined the walls of the establishment with original front covers of graphic novels from the 1970s. Catwoman, the Incredible Hulk, Superman, The Shadow. Others were more obscure, but the powerful images are filled with exciting promise. 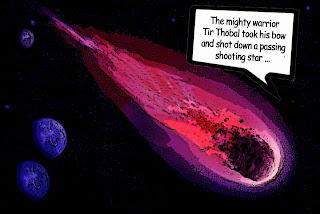 In my view, the figures and backdrops are striking and brilliantly drawn – with obvious good and evil connotations. This made them the perfect inspiration for an adventure story for teens and tweens.

Some say it doesn’t matter what you read, as long as you read something. This sentiment was often quoted to assist teachers hoping to encourage youngsters, especially boys, to read. So, I thought I’d try and create a graphic novel – without pictures.

So, what are the key ingredients to a graphic novel? After some poking around the web, I came up with some ground rules. 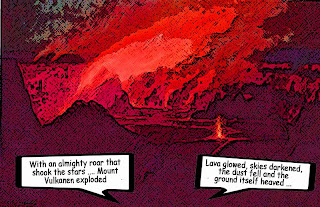 Graphic novels require super-human heroes and heroines. I wasn’t about to create new wonder-beings, so I didn’t worry overly about this aspect, although I made sure the characters were strong, with my young heroes achieving staggering feats of endurance against unpleasant villains.
Action is paramount, and descriptions are relegated to a few brief words of scene-setting. This seemed to make sense. The characters jump in, enabling the reader to be there in their imagination. This is just another way of saying ‘show not tell’, I suppose. 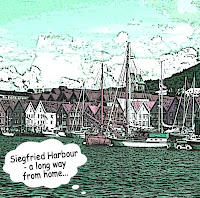 Memorable scenes, those staggering set pieces where the imaginary camera takes in the action, are a must for the so-called ‘visual novel’. Instead of describing the lousy weather, I tried to create an image of my stalwart heroes stranded in a snowstorm as a villainous army of mutant creatures moving in. No escape! Duh-duh-duh.

In graphic novels, captions and word balloons are critical. When it came to language, I went for a direct, simple style, as contemporary as possible without being too ‘street’. In every plot twist, someone restates the predicament so less experienced readers know what’s going on. 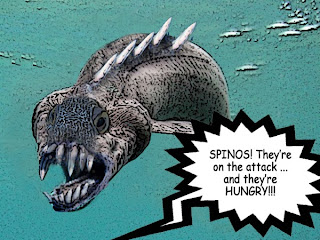 Obviously, word balloons weren’t feasible (it’s not illustrated), but I tried different routes to express thoughts, such as different punctuation, style, typefaces – although too many exclamation marks weren’t deemed such a great idea by my editor. I have to agree. They looked out of place.

In a sidebar, I once had the oddest translating job. It was to convert the speech in the bubbles of a graphic novel from American English (‘Jeez, bud. You’re so dumb you drive me nuts.’) to British English (Hey, mate. Stop being such a plonker.’) The difficult thing was, we had no access to the graphic artist, so I literally had to make the words fit the space.

Back to Ice Trekker. When I read the stunning The Edge Chronicles, I could hear the forest, the strange animals, the evil armies moving in the undergrowth. I’m not saying I wrote ‘thunk’ every time someone fell off a rock, but a good bit of onomatopoeia works wonders. 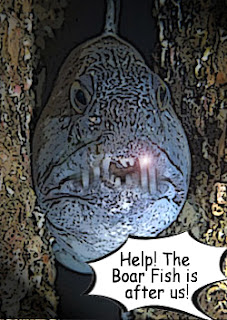 Good graphic novels have terrific back-stories, some as powerful as myths. This seemed like fun, so I created a few myths to explain my mythical planet and the creatures upon it. (I put the full version on the blog for anyone who’d care to read it – http://icetrekker.blogspot.co.uk/p/the-legend-of-mount-vulkanen.html.) Such mythology reinforces the moral tone, and I feel younger readers enjoy learning from myths and fables about good and evil, and how the world should work.

Good graphic novels have a tight script, often laced with dark humour. Humour is how people often deal with tension, so I allowed myself a dry comment here and there. Unleavened seriousness can be a bit much. For example, our intrepid heroes are under attack and have to defend themselves, but they don’t have much. The cook pitches in: “I’ve got a few kitchen knives,” said Big Ben, who popped his head up. “And there’s a fair bit of damage you can do with a milk frother if you set your mind to it.”

A vital aspect of the graphic novel is the impact of cinema. I was brought up on books by John Buchan, with pages of worthy descriptions of the lay of the land. Today’s generation sees things from the cameraman’s point of view. Every time I created a new scene, I tried to think of interesting angles, extreme close-ups, panning, long shots, wide or panoramic shots, scenes over the shoulder, a bird's eye view. They’re all worth exploring.

A part of this is the use of landscapes. In graphic novels, landscapes set the mood for the whole novel. It’s time to have some fun – but the characters should interact with it. The aim must be for the reader to ‘see’ the story and its themes rather than realising they’re reading about them. 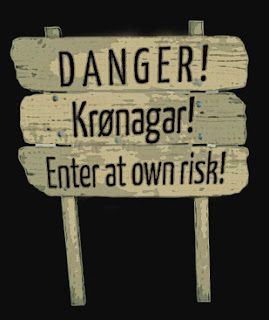 Well, now you can decide for yourself. Here’s a short extract of Ice Trekker, due out on MuseItUp in September.

“Hide!” hissed the old sailor, eyes white with fear. He slithered across the icy decking and burrowed into a tangle of fishing nets lying on the dock.

Midge turned his face upward. The navy night sky turned green, laced with purple and orange like oil in water.

“What is it?” he asked, ducking into the doorway of a battered wooden boathouse. A rippling movement swept over his head in a giant tidal wave of light. He held his breath as though he were being sucked under water.

“Skythons!” came the terrified reply. “You gets them in Krønagar. But never seen ’em so big before. Horrible things. Horrible!”

Midge stared upward to watch a shimmering snake-like pattern weave and twist across the sky. The effect of long, rippling muscles struck him as so strange and beautiful that he forgot to feel afraid as he gazed at the shifting colours.

“They mean bad luck,” howled the sailor, arm over his eyes.

Up in the cold sky, colours still shimmered. “Surely it’s just superstitious nonsense?” Midge said, still staring. “They can’t be real. Just a trick of the light.” He couldn’t drag his eyes away from the sight as the shape swooped toward the dark line of mountains, arched up, over, and back toward where he stood on the little jetty. He jolted as he thought he saw a giant violet eye, bloodshot and terrible, staring right at him. It was so close he could see it gleam.

Looking round quickly, he found an old fish head. He scooped it up and flung it as far as he could into the harbour waters where it landed with a loud splash. The purple eye swivelled, following the movement of the bait, and the Skython swerved, changing direction with the ease of a supple salmon, skimming the dark waters. Then it snatched at the water, and zoomed upward, the fish head in its claws, before cresting the distant hills.

Ice Trekker is the companion blog. Orchidmania is for orchid fans.