Confessions of a fantasy fan


I’ve always loved tales of fantasy, whether in books, movies, comics or television. I'm especially proud of actually writing one myself. Ice Trekker is now out on MuseItYoung.


I used to share fantasy books with my daughter as she was growing up. I was always at my local library, pouncing on the latest Edge Chronicle or whatever, or rummaging through the boxes of books to be reviewed when I worked in magazines. 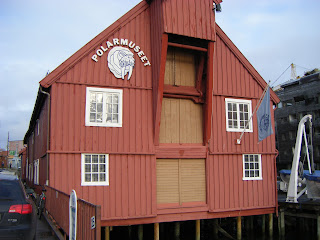 Some years ago, I turned my hand to writing myself. I began writing books for adults, but this changed overnight when I was lucky enough to accompany my husband on a work trip to Norway. Guess which part? Tromsø, 200 miles north of the Arctic Circle. What an adventure. It took three flights to get there. We felt like Polar explorers ourselves.

While Rob worked at the University, I went exploring. Tromsø is a beautiful city, laid out on the island of Tromsøya, surrounded by vast mountains. It has a beautiful Arctic cathedral, the most northerly botanic garden in the world – and a picturesque harbour lined with weatherboard buildings. This is where I started and stumbled the quaint Polar Museum (Polarmuseet).

It told of the wild, woolly adventures of Polar explorers and it was like stepping back into the 1920s, with its dusty glass cases, yellowed labels and sepia photographs. My favourites were the scenes with figures of fur-clad wilderness men sitting in a log cabin. And then there was a type of fairground booth. If you looked inside, there were models of biplanes, zeppelins and hot air balloons they used in desperation to rescue missing expeditions. I’m convinced that Philip Pullman visited the same place before he wrote Northern Lights (or The Golden Compass), the first of his Dark Materials trilogy. 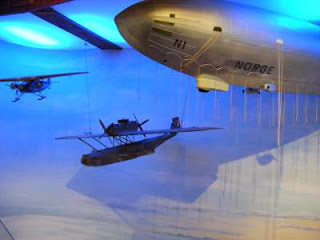 My imagination started to tingle when I came across old sea charts, crammed with all manner of strange sea monsters. And then there models of sailing ships, skiffs and assorted coracles. Painted wooden chests, packed with supplies. Astrolabes, binoculars, sextants …

I began to ponder a story about a fantasy land, where a group of adventurers would race against time to save their country. 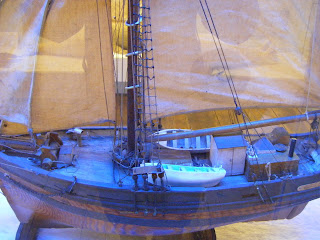 It all came together when I visited museum number two, Polaria, a totally different experience, with sleek modern displays all about how precious yet fragile the Polar regions are. The highlight was the aquarium, including the ugliest fish I’d ever laid eyes on – the wolf fish – and suddenly I had the two final elements to the story. An eco-challenge, which I thought had an urgent, modern feel … and monsters! Weird, deadly, scary and gigantic. 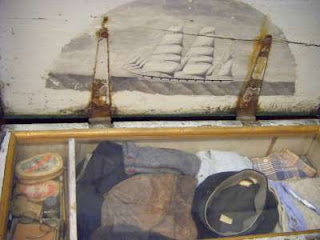 So that’s where it all started. Muse signed me up late last year. I’ve since written others YA books, mainly inspired by family holidays. Coming soon to Muse is The Cloud Pearl, the first book of a six-part series, Legends of Liria, is based on the stunning scenery of Montenegro. We plan to visit Mexico later this year. I wonder what ideas will spring from there? I can’t wait.

Here’s a short extract from Ice Trekker to whet your appetite. 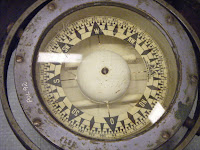 Midge, a young Grell from Hinderland, has just landed in Krønagar in search of a job on the king’s vessel, but he’s set upon by thieves …

A distant Aurgel squawked and Midge stirred as a sliver of light touched his eyelids. His head felt heavier than a sack of grain and his body was like a block of ice. He was used to the cosy rooms he shared with family above their shop. Hinderland weather wasn’t  warm, but compared to Krønagar, it was positively tropical. After a night in this frozen place, all his body warmth seemed to have bled into the ground. And he was still hungry. And something smelled really, really bad. He sniffed. His nose hairs quivered. His own body odour could fell an ox. He needed a hot bath.

Groaning, he heaved himself to his feet, but stumbled. The ground seemed to be moving. Those Abominaballs were downright nasty, he thought, feeling dizzy, wondering when the foul eel poison would wear off.

A bell clanged. What time was it? Oh, no! A memory clambered back into his brain. The king’s flagship was due to leave at dawn. He shook his head and looked all around him, before stopping short. There was no sign of his pack, the jetty, the harbour, or even the flagship. Just a lot of surging greyness. He rubbed his eyes and refocused. He was on the deck of a small ship. To judge by the movement, he was at sea.

Midge scanned the scene, his gaze still a little fuzzy. He stood aboard a small vessel with two grubby sails and a funny snub-nosed prow. A stack of crates lay on dark, damp timbers alongside the wheelhouse. A cargo boat, he guessed and groaned aloud as the horrible truth sunk in.

Instead of sailing off to adventure on a fine royal clipper, he had been robbed, and was now stuck on a grubby little tub, in the middle of a freezing cold ocean, heading goodness knew where.

In his mind’s eye, Midge pictured the stately Solvestia, its sails crisp as fresh sheets, slicing the waves as it headed north, its harebell blue flag tugging in the breeze. Beyond, the northern mountains stretched upward, their rounded tops dappled like reindeer with the first winter snow...

Midge dropped to the deck, head in his hands, sick with disappointment. Thanks to those Minax, he’d missed out on his once-in-a-lifetime chance. His ship really had sailed.

Krønagar should have a big unfriendly sign at the border reading “DANGER. ENTER AT OWN RISK.”
It probably did have one once, thought Midge darkly, but someone must have nicked it.


Find about more about Pamela and her books at pamelakelt.weebly.com or visit the Ice Trekker companion website.