To set the ball rolling, can you tell us a little something about yourself?
I'm a computer software engineer by day and a writer and poet by night. I'm a long-time Boston area resident but was born and raised in Manhattan. I moved here just after the blizzard of 1978, thus missing the opportunity to abandon my car in a snow bank and walk home. I live outside of Boston with my spouse and a large number of dogs. Our kids are grown. 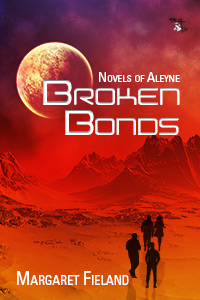 I see you’re an avid fan of science fiction. Was there a particular book that got you hooked?
I've been a fan so long, I can't remember. I do recall picking out Robert A. Heinlein's Farmer in the Sky for my tenth birthday. I was already a Heinlein fan at the time.

I'm about to turn 67, so that's a lot of years of reading the genre. I used to haunt the Donnell Library on 55th street as a teen, and read through all of RAH that I could get my hands on as well as Anne McCaffery, Isaac Asimov, Andre Norton, and others.

When did you start writing, and what form did it take? Do you have old notes tucked away in a drawer, somewhere?
I started writing poetry, which I wrote onto those notebooks kids use for school. Most of them are somewhere in the attic, I believe, unless my wife has thrown them out. Any excuse for a poem -- birthdays, holidays, anything. I love to rhyme, and developed my own algorithm for generating them. I still use it, though I do look up words in a rhyming dictionary as well. I find generating them myself is slower, but I consider each word more carefully when I do. If I can't make the rhyme work the way I want it to, I look for another word in the thesaurus.

If I had to pick one I'd choose the thesaurus over the rhyming dictionary in a heartbeat.

Poetry is obviously a big part of your life. How did that come about?
While I wasn't one of those people who always knew they wanted to be a writer, I did write poetry from high school on. I also loved reading it, and memorized a fair amount. I can still recite the first couple of stanzas of Jabberwocky from memory. I could also, at one point, though this is not poetry, remember most of Peter Rabbit. 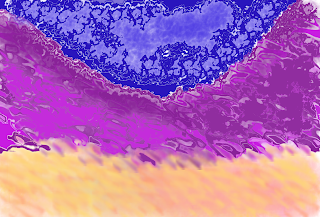 My father was a close friend of Sammy Silverman, the attorney who won Joe Papp the right to put on free Shakespeare in Central Park. The Silvermans, my parents, my aunt and uncle, were patrons. They contributed money and in return received guaranteed seats to one performance for each play put on. It was quite a perk, as the lines could get very long. I also enjoyed reading Skakespeare, George Bernard Shaw, Lewis Carroll, and many other poets as well. On and on.

Does the muse strike at different times, or can you switch happily from prose to verse?
I have only a certain amount of time to write, but I do write both prose and poetry all the time. I just finished a ten-page narrative poem about a warrior who goes down to Hell to avenge the death of his companions. I wrote it for an online class in mythic structure. I'm still working on revising it, however. 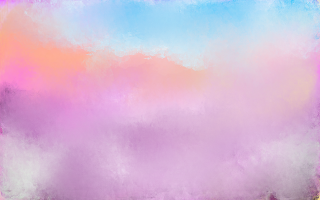 As a mother of three boys, do you find yourself writing for boys, rather than girls? Should there be a difference, in science fiction, or any other genre, for that matter?
I've written three juveniles, Relocated, which came out last year, Geek Games, which is due out in November, and a chapter book due out some time this year. They all feature male main characters. Broken Bonds does as well. So, yes, I am drawn to writing for boys. Most of the juveniles I read as a kid had male main characters, so perhaps that's a piece of it as well.

Take a look at GenderGenie, a piece of software based on research on the difference in word usage between men and women.

At some point, I run all the male POV bits from my book past it, to make sure they sound masculine.

Boys do, as a group, behave differently than girls. They are very physical, and the posturing and one-upsmanship they practice as teens is very up-front. Girls are more covert. Should the books be different? I can't answer that. Are they? Yes, they are.

I love this question! What did you do when you landed your first book deal?
Jumped up and down, then ran to tell my wife. She asked to see the contract {grin}. 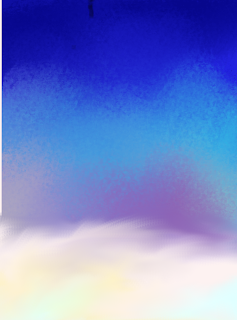 I can be easily distracted, but any distraction will do. Checking my email is a favorite obsession of mine.

What do you do for R&R?
Walk our dogs, go to yoga, pull weeds in our garden. Read.

I found the writing resources on your website jolly useful. Have you been collecting them for long?
Yes. I started it as a way to keep track of the sites I found helpful, because I'm not naturally well-organized, and this was a way to keep them all in one place, where I'd be able to find them.

And finally, what about your next project? Sneak peek?
Lots of poetry, plus I'm working on another science fiction novel, one that takes place right after the action of Broken Bonds. The main character is Colonel Rob Walker, the man who arrested Brad, the main character in Broken Bonds. It doesn't have a title yet. At the moment I'm calling it Rob's Book.

I also have a completed version of the poem whose first couple of stanzas appear at the end of Broken Bonds. I'm not done tinkering with it yet, but here are the first two stanzas. Accent is on the second syllable with both names, Barad and Garan.

Ballad of Barad and Garan

Barad strode out one two-moon night
upon dark desert sand.
He kissed Garan upon the lips,
then listened to his  demand:

"The time has come for us to part.
I'm going off to fight
Let us exchange a pledge of  love
before we part tonight."

Images
Sand and mountains, Sunset and Wind-blown sand from Alien Visions (on Pinterest)