Coming to a PC near you …


When I plunged into the unknown waters of epublishing, I had no idea what I was going to experience. I was quietly confident. Hey. I’m a sub-editor. I can do formatting.

Serves me right for being so cocky.

First step. Buy e-reader. Check. That was the easy bit.I began to submit manuscripts. It was odd because I had to do was ‘unlearn’ all the fancy submission documents I used to do. No footers, headers, no page numbers! Still, simple is good. I’m basically a low-tech kinda gal. I could down-size.


Then came the web presence and general PR shenanigans. I waged war with Blogger, Facebook, Twitter. My pet hate is setting up author pages. Don’t talk to me about RSS feeds and the like. I battled on.

Then, one quiet day, someone on a writer forum I visit posted a link to their video book trailer. My brain leapt. What? A moving advert? I felt as though I’d been timewarped from the Jurassic era into a Star Trek movie.

Video trailer, I thought. I want one! Now! 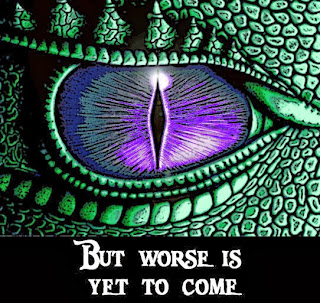 Another battlefield. Marketing a book in the ebook age … I pondered the phenomenon. Blogs, tweeting, reviews. All words. In the US, the annual Moby Awards celebrates the book trailer (well, since 2010).

A couple of publishing houses made some fancy book trailers – suddenly it became ‘de rigueur’.


Film trailers are OK on television and in cinemas, but book trailers? Where else do you view them except on YouTube? A dilemma. Should one bother? How can the average UK author compete with Hodder & Stoughton's trailer for young adult fantasy author Laini Taylor's 2011 novel Daughter of Smoke and Bone?
http://www.daughterofsmokeandbone.co.uk/

Experts tell us the required elements. Humour. Dark images. Slickness. An all-star cast is nice. Which means the best trailers engage film professionals – and your average UK indie author is blown out of the virtual water. But, at the end of the day, viewers (not readers) need to think the author is cool. I like to think the British author can fight back – with the assistance of a good ‘script’, decent images, tight editing, intelligent music and suitable modesty. Less is more. Of course we can.

So, nothing ventured, blah blah blah. 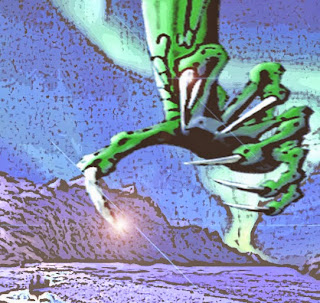 I checked out the market. Lordy, lordy. What a mixed bunch of results. Some trailers were so creaky they were hysterical, with doom-laden music and overly-long pans of the same picture. Some were so dazzling I nearly gave up. If you take a look at the Leviathan trailer from Simon and Schuster, you’ll see what I mean. http://www.youtube.com/watch?v=PYiw5vkQFPw

I started to collect trailers and moved on to hunting out some quick guides. Anything by computer buffs was useless for me, as I don’t speak IT. Personally, I found those by writers more valuable for they were equally struck by the same crazy idea that they could do a video for themselves. I could understand their thought processes and frustrations – and soon adjusted to the idea that this was going to take some time. Someone, I forgot who, said it took her a month of solid twiddling and fiddling. Aha. A realistic time frame at last. 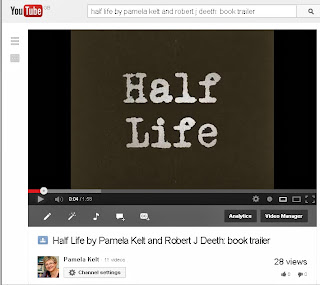 But what do you put in the video? Some people start with a script: so I burbled away with a blurby-type thing of half a dozen sentences that seemed to be the norm. I soon abandoned that and had a go with the images, because I had them already. As do tend to collect them for inspiration. I made sure they were all copyright-free, of course, then shoved them in a new folder. If in doubt … file.

The next step was tricky, but fun. Finding the right music. My daughter, bless her yoof-savviness, suggested I hunt around on Youtube, either for unsigned bands or other music sites offering free music in exchange for a plug. I lost several days of my life actually unmuting my computer (I work in total silence) and listening to the stuff. In the end, I stuck to the sites that state IN REALLY BIG LETTERS that everything can be used commercially, as long as you mention the site. Cool. I narrowed the choices and moved back to the images.

Luckily, I already had Audacity, a free audio gizmo (and that’s the technical term, guys), so I could get the chosen piece to the right length. I realised that some book videos are a punchy 30 seconds. Most seem to be one or two minutes.

Crunch time. I loaded the old version of MovieMaker* and did a test slideshow with various types of music to get the effect. It was astonishing the difference it made seeing the images alongside the various choices of music. I felt as though I’d just invented modern cinema. No wonder people get hooked on making films.

So. Windows movie maker. I fiddled and twiddled, twiddled and fiddled, confused by all the transitions and charts and lines and graphs. Finally, I caved in and called in the troops, alias patient hubby Rob. We went through some of the basics so I could start to string things together. I suddenly saw how to access the text bits and choose where to put them – and even move them. And change font! And colour! And have it flying in and out and up and down … Such fun. I’ve been tied to flat, 2D pages for so long, it was like an editorial Christmas.

NB: DON'T EVEN ATTEMPT TO USE THE LATEST VERSION. It's ghastly. I've kept my old laptop so I can stick with WMM, not the Windows 7 version. I'm thinking of purchasing Camtasia in due course.

Of course, less is more. Once you’ve tried multi-coloured flame effects, you realise that perhaps it’s a little OTT.

My main problem was my clapped-out old Toshiba that I love dearly. It kept freezing. Every few minutes, I’d needed to save the file, close down WMM, open it, open the file and continue – every time I changed a thing. It drove me bonkers. Probably sulking, poor thing.

Finally, I dug out another laptop that I loathe because of the poky little keyboard and used that, cursing. Actually, it’s a known issue with WMM and there are upgrades. Allegedly.

But I wanted more. More? Yes. Actual moving bits, not just fancy stills. Back to the internet – and there are some fantastic sites with totally free generic mini-video shots of clouds, rain, sailboats, falling leaves, windmills … you name it.

Things got a bit tricky at this point. There are so many different types of file. Finding something that will work on WMM can get positively algebraic, but I’d spent so much time on the damned thing, I was obliged to press on. Then I found … file converters. Moving on … I have all the links, if you’re still awake. Now I have them, my life is more serene.

Then I realised I needed more newspapery stuff. Copyright nightmah. In the end, I photoshopped some double-page spreads myself, using CC-free images and some good-old fashioned subbing. That was so much fun, I had to make myself stop. ‘Shock as PM hits rock bottom.’ I made that one up. I patched it all together, remembering to proofread the text (a few oops there) and finally got the images to stop when the music did.

Even now I can hear the theme I used for the Tomorrow’s Anecdote video in my head, and I have a lousy memory for songs. I suspect I heard the refrain again and again and again and again for hours, probably days, while I put it together. I still like it, truth be told, which is surprising. Addiction is like that.

In the end, I likw to think it was worth the effort. I feel I’ve conquered the basics of a new medium. It’s not that I didn’t want to pay someone to make the video, but it was a personal project – and a personal story. Or maybe I’m just an obstinate cow.

Lessons learned? If you hate file extensions and such like, pay someone to do the video for you and spend more time writing. If you want to have a go, be prepared to learn some new skills. After all, you can always use them for the next book.

If any of this interests you, let me know. I have links that might get you hooked. I mean started. Just send a message to pamkelt@gmail.com and I’ll pass them on.