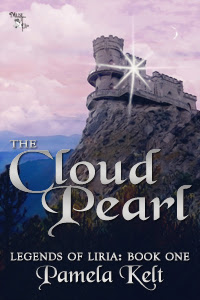 I'm a great fan of teen fiction and fantasy. I'm delighted to introduce Legends of Liria, a six-part tween/teen series in six parts. The Cloud Pearl is book one.

It's inspired by my daughter Lauren's aerial skills acquired through the amazing Dream Factory, Warwick, mingled in with a fantastic trip to the inspiring country of Montenegro. A heady mix.

For more on the series, do check out the blog. http://legendsofliria.blogspot.co.uk/


Liria is a land of legend and beauty, but after a battle with its war-like neighbour, its beloved queen vanished and the country became prey to the evil Empire of Bura.

Young girls Petra and Svila are travelling players. Their manager, Zoran, collects legends and stories, hoping their message will inspire Lirians to regain their country and restore its cities to former grandeur. One tale tells of how a defeated queen dismantled her crown into six charms and hid them in the kingdom to avoid capture.

The troupe prepares a show to mark the arrival of new governor, but it is his sinister wife, Kurova Grax, who turns up along with a Buran army and demands Zoran’s arrest for treason.

Zoran passes his notes to the girls, with a brief message. Stay safe. Save Liria. He is dragged off in chains. They flee, but discover their first quest is to the much-dreaded mountain citadel of Gorach, seized by Grax’s oldest son, Skaliari.

Soon it is a race against time to outwit Skaliari and find the first charm. They must use their skills to solve puzzles, tackle obstacles and overcome their personal fears as they attempt to save their precious homeland.

The book is out on 1 November on MuseItUp. Click here for details.