Why I love Flash Fiction – by Tom Gillespie 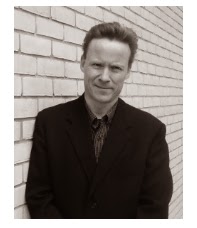 There's a bonus: he's written an exclusive piece for us all. It's fabulous and more than a little unsettling ... but what else would you expect?


Why I love Flash Fiction

For as long as I can remember I’ve always loved to read and write short stories. But I have a particular fascination with flash fiction, (stories under a ,1000 words). There’s something about the format that seems a perfect vehicle for capturing the fragments and filaments of the human condition. Writing flash is great because inspiration can come from anywhere, and the bare bones of a story can be scribbled down in minutes. I always carry a notebook around with me to capture observations, thoughts and ideas, and more recently I’ve also started using the voice recorder on my mobile (thanks to the wonders of technology, talking to oneself in public is now totally acceptable!). 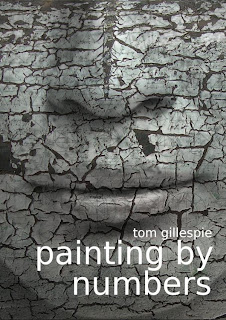 On the face of it, a flash story of say 300-400 words may seem like a walk in the park, but the great and the good flash writers set the bar very high, and successful flash fiction can be notoriously difficult to achieve. Flash requires linguistic ruthlessness and a hyper-obsessive eye. At times, the battle can be challenging, frustrating and exhausting, but I find that the discipline of regular practice keeps me on my creative toes and helps me to sharpen, shape and improve my craft. Flash can also provide the jumping off point for longer works. My debut novel Painting by Numbers began life as a one-page flash story that refused to remain small.

So if you haven’t tried writing flash fiction, give it a go. I think you’ll be surprised how rewarding the creative experience can be.

…  And here’s a weird wee tale I wrote one morning on a slow bus to Bristol.

Kramer’s Dolls
You must remember the Kramers? They lived at number 23, you know, just up the street from us. Mind you, there’s no reason why you should, they weren’t exactly what you’d call neighbourly. I bumped into Mrs Kramer once in the chemist’s. She was in front of me in the queue. I wasn’t sure if it was her at first but when she was leaving, I stopped her to say hello. I don’t think she’d any idea who I was. She just stared at me with a face like fizz, and went off on her merry way. The cheek of it. And he was the same, never looked the road you were on. Anyway, I never saw hide nor hair of them again, until I found out that she’d passed away. To be honest, it didn’t surprise me because she was like death warmed up most of the time, pneumonia apparently. But it must have been terrible for him though. I can’t imagine what I’d do if my Frank dropped off his perch.

Anyway, where was I? Oh aye, about two or three weeks after finding out the news about Mrs Kramer, the queerest thing happened. These wee dolls began appearing in Mr Kramer’s front window. At the start it was only a few, all lined up along the inside of the sill. They were strange wee things. They looked as though they’d been hand sewn out of cotton and silk and the like, wee men and women, beautifully dressed in dinner suits and colourful party dresses and shiny black boots and shoes. The detail was immaculate. Every day, they’d be rearranged in a different order, or a new doll would join the group. And it wasn’t long before the whole window was full of them, tucked up together along the sill and filling out the frame above. People in the street would stop and natter about them, and speculate on poor Mr Kramer’s state of mind. What was it all in aid of? The man was clearly developing some kind of unhealthy obsession. The wains in the street started calling him the witch doctor, like they were his voodoo dolls or some such awful thing. And the McAllister boy, you know daft John from the Gallowgate, his lad, he swore blind that he saw them moving about on their own one night on his way home, but between you and me, that boy’s never off the smokies and I don’t know what he’s blethering about half the time.

But there was definitely something unsettling about them, all huddled up like that. The way that stared out at you as you walked past. We were fortunate because we couldn’t see them from here, but poor old Mrs Kilpatrick over at number 13, she was so feart of them she ended up keeping her curtains shut. But then last Tuesday morning, things took a turn for the worse. I was on my way back from Tesco Metro with my shopping and I stopped by his gate to rest my arms for a minute. I wasn’t going to look and I wish I hadn’t because I just couldn’t believe what I was seeing. The dolls were all still there, right enough, lined up as usual, but all their heads were missing, like they’d been cut with a knife or snipped off at the neck with a pair of scissors. It was quite horrific, but it gets worse. When I looked over his garden wall, his front lawn was littered with them. There must have been over thirty wee severed heads, scattered everywhere. The poor wee lambs, how could he do such a thing? There were even a couple lying on the road. I was going to pick them up but I just couldn’t go near them, their sad beady eyes staring up at me. It makes me shudder to think. He must’ve gone mental. I was ready to knock on his door, it upset me so much, but then I thought the better of it and left him to it.

If you want my honest opinion, it doesn’t surprise me that he went doolally. I never had that much time for either of them, but him, he was a piece of work. I felt sorry for her because he always seemed so dour. He must have been an absolute misery to live with, especially if he was prone to that sort of nonsense. No, definitely not the sort of people you’d want round for dinner or drinks or anything like that, but having said that, I wouldn’t like to think of him suffering in there on his own. I wouldn’t wish that on anyone, not even him. Maybe tomorrow, I might just drop a wee note through his door,  just to let him know that, well, at the very least, if he needs anything from Tesco or town, I’m in every Tuesday morning. It’d be easy enough to bring it back on the bus as long as it’s not too much for me to carry. What do you think, do you think I should?

Links:
You can find out more about Tom and his writing on his website, Adventures in Writerland.
Painting by Numbers is available on the Crooked Cat bookstore.