November 21, 2013
Dark Interlude is a sepia-inspired cocktail I devised for the book, a historical adventure set in Scotland in the winter of 1918/1919. As it’s coming up to St Andrew’s Day, it seems appropriate. 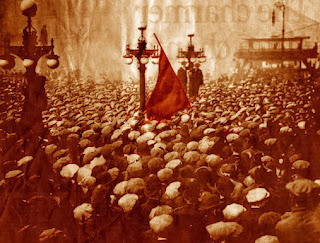 It was a fascinating period, as the nation struggled to come to terms with the aftermath of war. Thousands of demobbed soldiers poured back, but there were few jobs to go round. Rationing was still in force and times were hard. In Glasgow, the dockworkers decided to vote for a shorter week so every man could have a job. The government didn't like this at all, fearing a Bolshevik uprising.

They nearly got one. They called it 'the revolution that never was'. There's more background on the companion website. You'll find the book on Amazon and Smashwords. 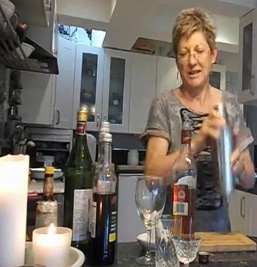 So, here we are: Dark Interlude, the cocktail. I did a video at the time. Just a bit of fun. Here's the link. 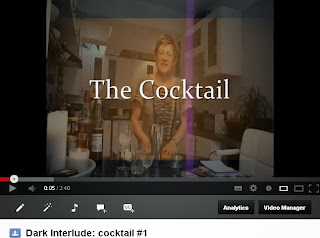 Shake over ice. It's quite strong, so use plenty.

Did you know that when they first designed the label for Angostura bitters, they got the size wrong? However, they liked the effect of the over-wrapped bottle, so kept it as distinguishing feature.