How old are you? Writing for younger readers ...

How old are you?

Thanks so much for inviting me to contribute to this discussion because although I don't consider myself a YA writer, as in so many things, it comes down to reader's choice.

For example? I still read and treasure some books that came to me in childhood – Alison Uttley, Beatrix Potter, the Narnia Series, Henry Treece's Viking trilogy, apart from all the classics. I have used the Wind in the Willows in magical ritual (yes, Piper at the Gates of Dawn, of course) and  taught English to adult students with early-reader  books where the pictures tell the story and the words are there for vocabulary-gathering.


So that means what? That I'm still a child or that a great deal of writing has no age-specific readership? My own work was written with adults in mind although it contains very little bad language or explicit sex scenes and I am absolutely certain that some “Sabrina the Teenage Witch” fans will have loved it. 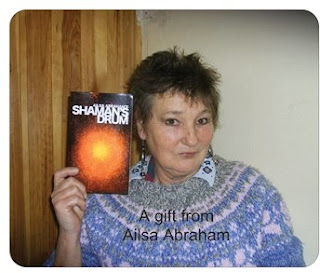 This brings me to the whole thorny subject of genre. I nearly said “Don't get me started” but that is why you invited me here!

As a person I defy pigeon-holing, apart from stroppy-cow of the first water. So it follows naturally that my work will be the same. It can be summed up by conversations I've had with French people who can't buy my book because they don't read in English.

Scene: the bench in my village where all the oldies gather to chat in the sun.
FRIEND – so what is your book about?
ME – well, primarily it's about magic.
FRIEND – Ah so it's a bit like Harry Potter?
ME – No, it's very different although it does contain magic that really exists and it centres on paganism.
FRIEND – (look of distaste) Oh so it is a polemic on religion? Pretty intellectual?
ME (hastily) – No, not at all, it's set in the future where our religions nowadays are banned.
FRIEND – (mystified) Ah, future? So it's Science Fiction?
ME – (losing hope rapidly) It's a mixture of all that and there's a very strong love story in it, a romance. It's classified as futuristic, pagan, romance. A bit like Harry Potter meets Indiana Jones.
FRIEND – (looking considerably brighter) Ah my grandson would like that. He loves Harry Potter.
ME – (caving-in completely) Yes, if he likes Harry Potter, he will probably like mine, especially if he is a teenager. 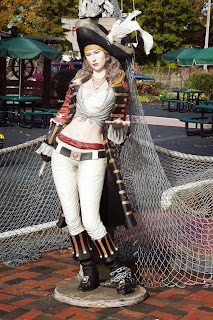 See what I mean? Not only is it a minefield having to classify books as age-specific but even genre-specific risks alienating some nice people who might actually like it were the work not covered in stickers proclaiming it to be on a subject they know they won't enjoy. How do I know this for certain? It has happened to me. From a feeling of team-spirit I have bought books by fellow Crooked Cat authors even if they write in a genre that isn't my cup of tea, especially if they are people I like. Through that experience I've found that I can enjoy almost any book in any genre as long as it is well-written and engages my imagination.

I've even found (surprise surprise!) that I can write YA myself, something I would not have considered when I started in this game. (still auditioning for the part)

What I'm really saying in a very long-winded way is that, rather like the Pirates Code in Pirates of the Caribbean – genres and age ranges are more a set of guidelines than rules …. my poppets! 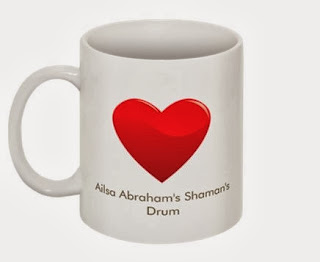 Biography: Ailsa Abraham retired early from a string of jobs, ending up with teaching English to adults. She has lived in France for over 20 years and is married with no children but six grandchildren. Her passion is motorbikes which have taken the place of horses in her life now that ill-health prevents her riding. She copes with Bipolar Condition, a twisted spine and increasing deafness with her usual wry humour – “well if I didn't have all those, I'd have to work for a living, instead of writing, which is much more fun.” Her ambition in life is to keep breathing and maybe move back to the UK. She has no intention of stopping writing.