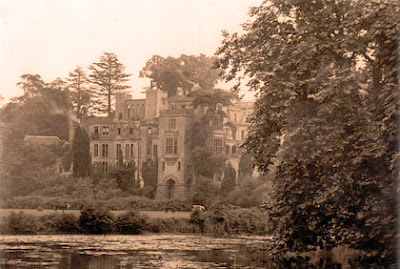 Guy’s Cliffe house is the epitome of the Gothic. Crumbling towers, croaking jackdaws, a rushing weir.

One late summer’s day, I found myself walking the dogs round Guy’s Cliffe, a Warwickshire beauty spot by the River Avon, not far from home. 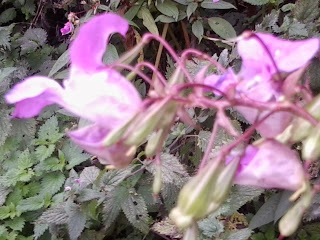 As the bulging seeds of Himalayan Balsam demanded the casual passer-by to pop them, I spotted the ruins for the first time. Oddly enough, it popped into my brain to write an adventure story about plant hunters – perhaps the fact that there’s a plant nursery just across the road is significant. After indulging myself in some expensive coffee table books on the subject, I got hooked on orchids. Astonishingly, they have a quite a macabre history, and Guy’s Cliffe seemed an obvious setting for a tale of a retired orchid hunter and his niece.

And so The Lost Orchid was born. In the story, Guy's Cliffe is transformed as Geoffrey’s Cliffe.

Initial research was promising, and augured well for Gothic ambience. Not only is there a hermit’s cave carved into the sandstone and a ghost, but the current incumbents even run paranormal investigations for the paying public. 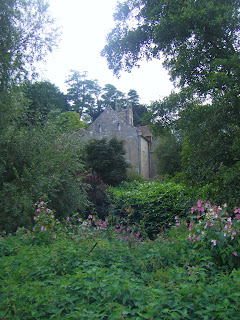 Its medieval past was even more darkly beguiling, providing some solid sinister background. Since Saxon times, there has been a hamlet at Guy’s Cliffe, the smallest parish in England. It was named after Guy of Warwick, a Saxon noble, a ‘goodly knight’ whose deeds have been noted by Chaucer, Shakespeare, Drayton, and others.

He was the founder of Warwick Castle and killer of the Dun Cow, a vile beast that prowled the woods and ate cattle  – and people. He finally returned from his exciting travels and, disguised as hermit, retired to live out the rest of his days in a cave by the river. His wife, the lady Felice of Warwick, remained ignorant of his unannounced presence so close. Just before Guy died, he revealed his true identity to the poor woman who, overcome by grief, threw herself from the cliff where her husband had lived for so many years. It is said that her ghost, distraught with grief, still haunts the site. 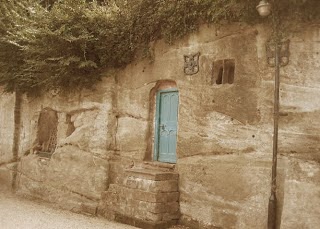 A chapel appeared in the 15th century. Inside, you can see a rather eerie wall carving of Guy himself. A detail I couldn’t resist in later chapters. The rock-carved stables and storehouses also still remain – and feature strongly in the latter part of The Lost Orchid. After the Dissolution of the Monasteries by Henry VIII, the site passed into private hands. In addition to the cave, there is also a well, which makes a significant appearance in chapter 25.

The house itself dates from 1751 and was started by Samuel Greatheed, a West India merchant and Member of Parliament for Coventry 1747-1761. Bertie took over in 1765. According to local texts, he was a ‘colourful Enlightenment squire who travelled in Europe, made his own wine, dabbled in literature, opposed blood sports, championed religious dissent and was horrified at the conditions of workers’. 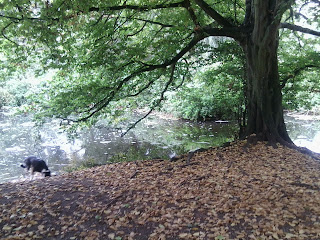 He was a partner in the Royal Pump Rooms and had met Birmingham businessman Samuel Galton, something of an unenlightened squire. Galton was a slave trader. Worse, before he turned banker, he was among the burgeoning city’s gunmakers, shipping thousands of muskets to West Africa in the interests of militarising the coastal areas and ensuring the continued trafficking of slaves. I found this out many months after the book was written. So when you meet Henley Hawes, you might feel a frisson. 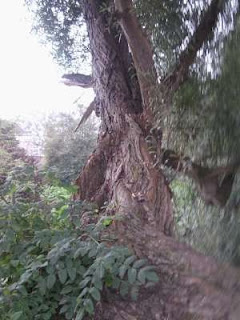 Back to Guy’s Cliffe. During the 18th and 19th centuries it became a grand stately house. One owner even had the river widened to improve the picturesque qualities, although the area is famous for its natural beauty, filled with woodland glade, caves, springs, rocky outcrop and deep green river. No wonder it became a favourite haunt for Victorian promenaders, such as Mac himself, walking his dog. 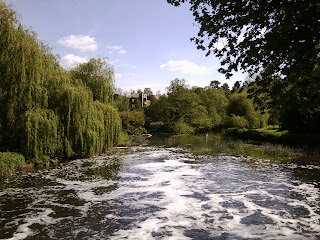 Photographs suggest the house was still in fine fettle as late as the early 20th century, but more recently the house has been in decline. By the 1950s, the roof finally gave in. All furniture was sold off in a grand auction, as well as the lead roof and fittings in 1952. And so it fell into ruin.

The chapel was leased to the freemasons, and fares rather better. However, the once-fine house, with its elaborate chimneys and carved balconies, is now a shell, its staircases open to the elements. Ironically, during the filming of an episode of Sherlock Holmes, in 1992, a fire got out of control. You can see it for yourself in the episode ‘The Last Vampyre’, one of the spookier tales by Conan Doyle. If you visit, you can see the scorch marks. 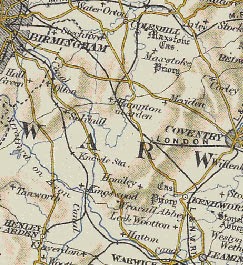