December 13, 2013
Orchid fans are buzzing with the news that one of the world’s rarest orchids has been rediscovered after 175 years. 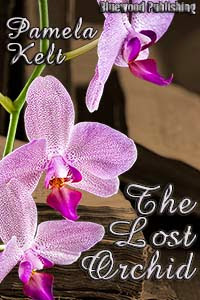 Richard Bateman and Paula Rudall, from the Royal Botanic Gardens at Kew, found the green-flowered plant on a wind-swept mountain ridge they compared to a scene from Sir Arthur Conan Doyle’s Lost World.

At first the team had focused on two kinds of butterfly-orchids, but by using morphology and DNA sequences, they were able to distinguish between the widespread short-spurred butterfly-orchid and the rarer narrow-lipped butterfly-orchid. It was only when the team surveyed an orchid population on top of a volcanic ridge on the central island of Sao Jorge that they made a surprising discovery: a third species.

On their return from the island of Sao Jorge in the Portuguese Azores to Britain the scientists realised that another botanist had first seen the orchid 175 years ago – but had never realised what he had discovered.


Browsing Kew Gardens archives, they realised that a German explorer, 20-year-old Karl Hochstetter, found the plant when he visited the Azores, 850 miles off the Portuguese coast, in 1838. 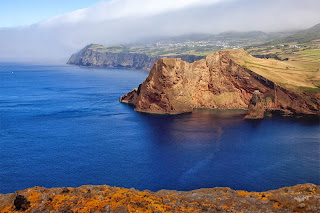 Hochstetter collected just one specimen and dried it before giving it to his father, the world-renowned botanist Christian Ferdinand Hochstetter. However, he misunderstood both the specimen and its significance, confusing the orchid with a closely related species. The father, a very experienced botanist, never visited the island, and so only saw the flattened specimen.

As a result, it disappeared from view – until now.

The British botanists and their Azores-based colleague Monica Moura, who published their work in the journal PeerJ, debated whether to publicise the discovery at all, fearing that plant collectors would seek this orchid out and even dig it out. The urgent need for conservation persuaded them to go ahead.

Despite the mix-up, the botanists have honoured its first discoverer, naming it Hochstetter’s Butterfly Orchid.

Lost orchids were prized in the Victorian age, with huge awards being offered. In fact, I find the subject, I wrote the Gothic-inspired adventure, The Lost Orchid, about this very phenomenon (out soon at Bluewood Publishing).