Tomorrow's Anecdote - on the road 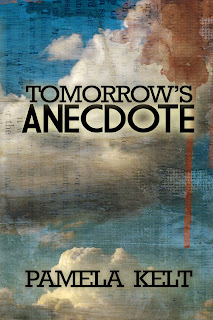 Thanks to Crooked Cat Publishing, my first novel is now on its first outing.

It's been popping up all over the place. Here's what to look for ...

Just another day in the the newsroom?

October 1987. Clare Forester is an overworked and under-appreciated features subeditor on a provincial paper in Somerset. She spends her time cheerfully ranting about her teenage daughter, the reclusive lodger, her spiteful mother, the Thatcher government, new technology, grubby journalists, petty union officials, her charming ex – and just about anything else that crosses her path.

If things aren’t turbulent enough, on the night of Thursday, October 15th, the Great Storm sweeps across Britain, cutting a swathe of destruction across the country.

As she contemplates the chaos that her life has become, Clare soon comes to a bitter conclusion.

Never trust the past.