January 06, 2014
I started a blog called Orchidmania a couple of years ago. It was something of a learning curve as I had to come to grips with blogging in general, designing the blog and making it work.

At first, nobody read it.

I plugged away, writing features and articles, sharing photos, tales of trips to orchid houses, quirky stories of orchids in the news ... 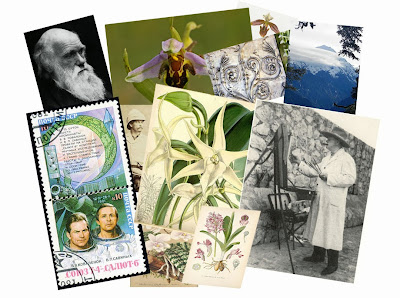 It all came about as a result of research for a book I wrote called The Lost Orchid - which also has a blog (I was becoming addicted already). Research doesn't sound a big enough word. I spent many happy hours rootling around accounts of how addicted collectors became to orchids in the 19th century. Lost orchids were particularly sought after: these were specimens that had been found and recorded, but which then disappeared due to floods, earthquakes, civil strife - or simple, greedy over-collection.

Slowly, people began to drop by. I developed a system, putting up a story on Fridays, which worked best. The schedule option was a godsend. The result? I'm now getting over a hundred hits - a day! Orchid fans, unite.

So, if anyone has just started a blog on a subject close to their heart and is dispirited by initial stats, don't give up.

The Lost Orchid comes out next month on Bluewood Publishing.