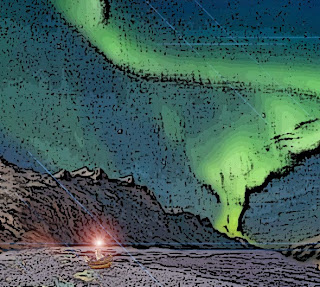 You'll see the cover on the Yougottareads site for a couple of months.

It was fun to do. The images I rustled up from Wikimedia and processed with filters. The music is by the inimitable Kevin MacLeod from his Incompetech.com website. The cover design is by Marion Sipes. Here's the video on Youtube.

Ice Trekker is on the MuseItUp Publishing site and Amazon.com among others. 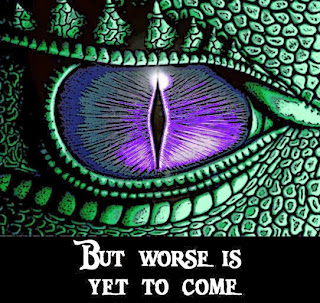 Blackfrost, their last source of fuel, is running out. Food is scarce, jobs are hard to find, and worse … the greedy Minax under evil Empress Koya are threatening to invade from the south.

For the sake of his family, young Midge leaves his cosy home in search of a job and treks north to the mysterious icy wastes of Krønagar.

Set upon by Minax thieves, he misses out on his dream of working on the king’s new flagship, ending up as dogsbody on the Ice Trekker, a shabby cargo vessel that runs into trouble from the start, nearly capsized by an enemy vessel heading in the same direction …

Despite evil omens in the sky, monsters from the deep, desperate battles on land and sea, treachery on board and a constant struggle against the worsening weather, the crew presses on. Midge finds hidden strengths and learns to use every trick up his sleeve to survive.

But the Ice Trekker crew are not what they seem, and it’s not long before Midge is caught up on a suspicious, and desperate mission in uncharted Krønagar with the treacherous Minax on their tail …