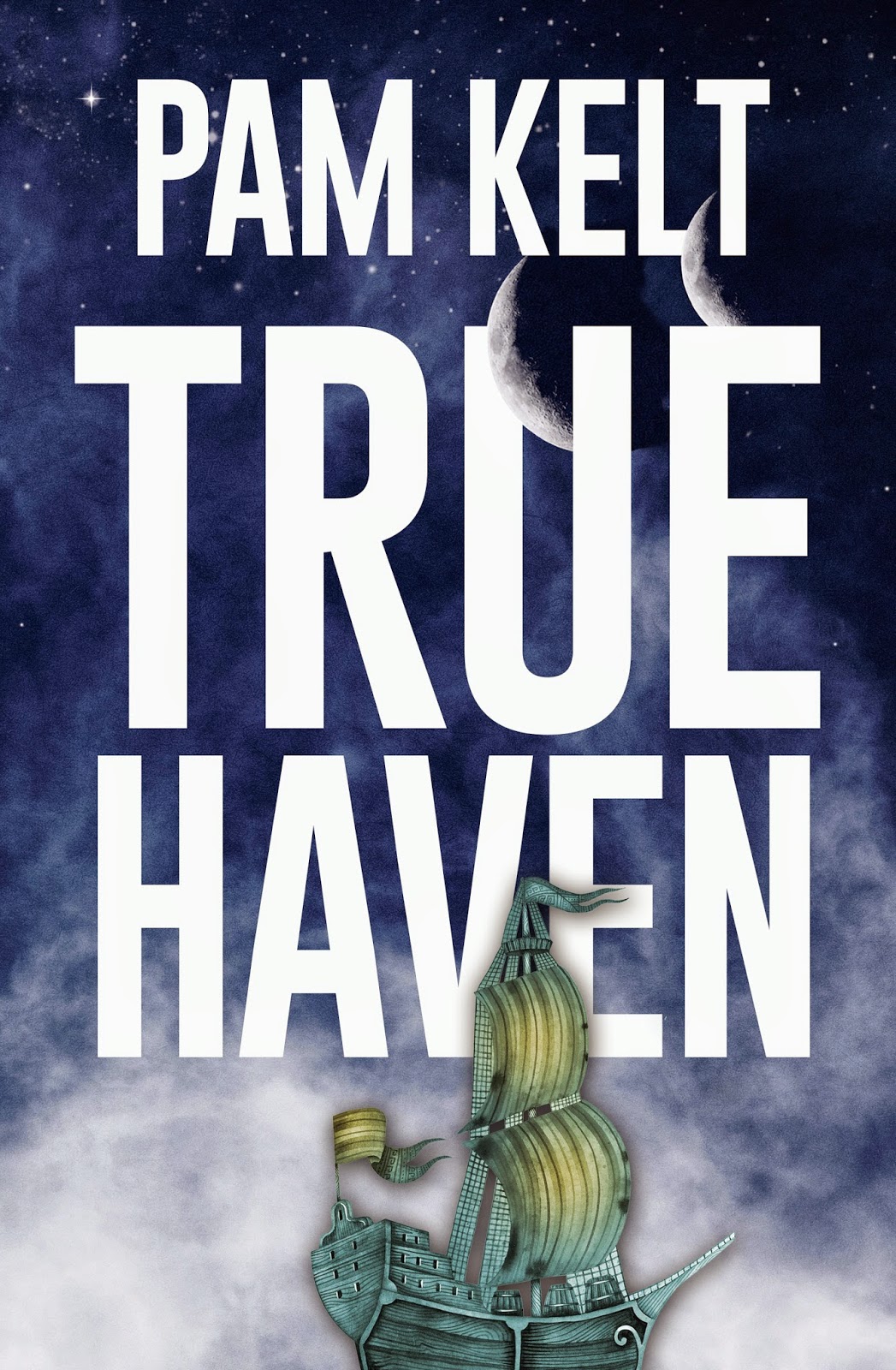 I am thrilled to announce the cover of True Haven. It’s a Regency-inspired fantasy adventure set for release on Friday, 3 October.

I love the fantastical blend of a mysterious vessel, ethereal clouds and two alluring moons. (Thank you, Laurence!)

Do join the online launch, courtesy of Crooked Cat Publishing.

Independent, smart, questioning ... she adapts quickly to circumstances and uses her wits to survive.
She lives in Mudwells. Overcrowded, foul-smelling, corrupt. But it's home.

‘Mina’ has to take care of a young assistant, Barley Spindle. But then he is unfairly arrested and she steps in to save him.

They are both thrown into a workhouse far away in the city of True Haven. But Barley is ill and she realises they must both escape, for the city is not what it seems.

Elegant on the outside, True Haven is run by cruel Childmongers while the youngsters do the hard labour. Worse, there are rumours that it is infested by mysterious giant creatures that prey on the children.

After a close shave, they are rescued by Otto Karussel, a clockmaker, and discover the scale of their plight.

Despite their efforts to escape, they are swept up in even more dastardly plots and counter-plots between Mudwells and a rival city state as the ruthless Custodians of Mudwells use True Haven and Otto’s devices in a deadly struggle for power.

Nothing is quite what it seems, especially True Haven itself.

Intrigued? The digital book will be available on Amazon and Crooked Cat – buy links soon.