December 30, 2014
A few weeks ago, I penned a short ghost story for Christmas, inspired by Hesketh Park, a Victorian gem in Southport. 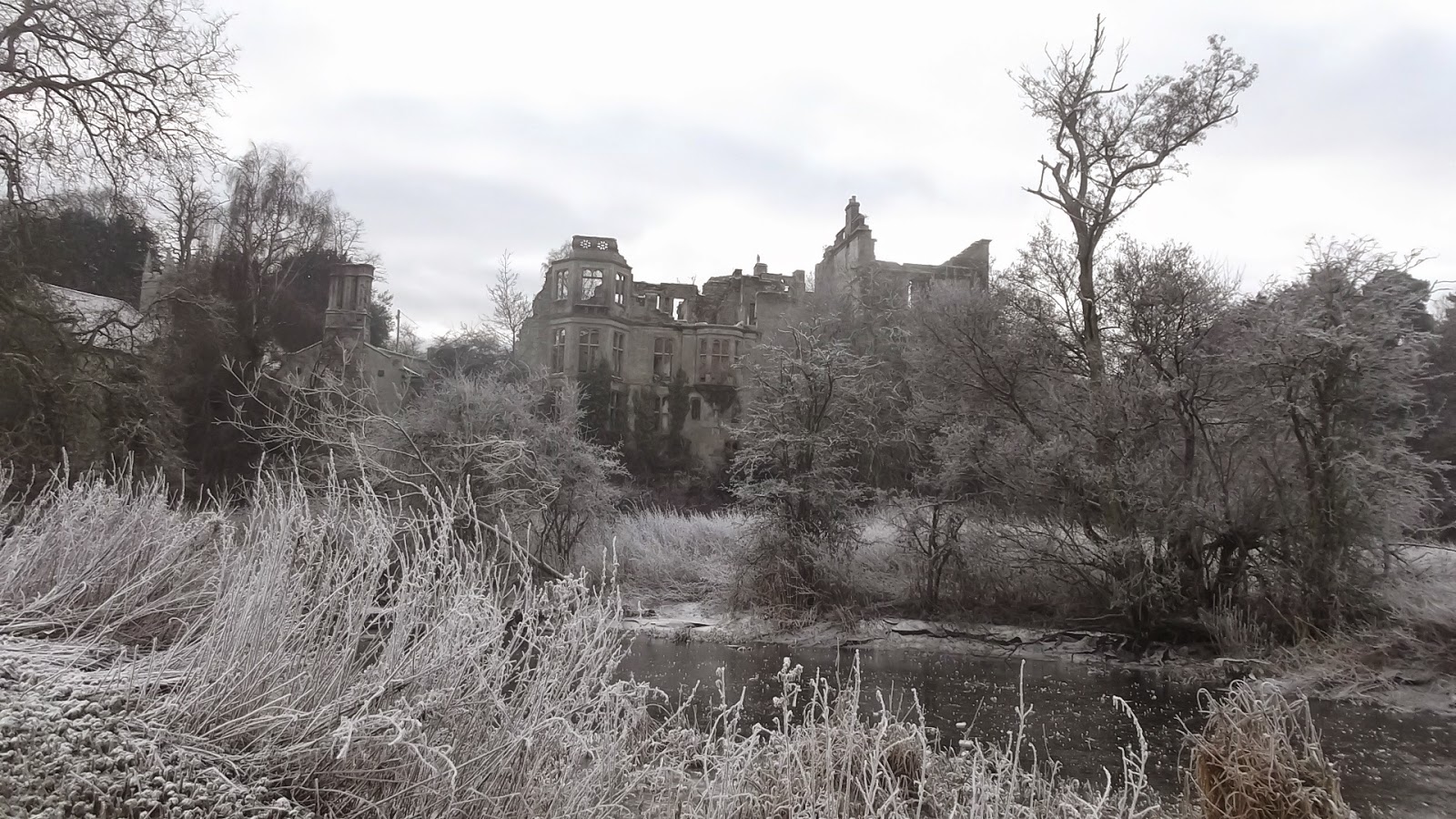 A Walk in the Park features a sinister frozen lake ... Since then, I've been fixated on frozen lakes, rivers, canals ... The weather has been chilly, and every time I'm out with the dogs, I take my camera, in the hope of catching some more Gothic versions of a winter wonderland. 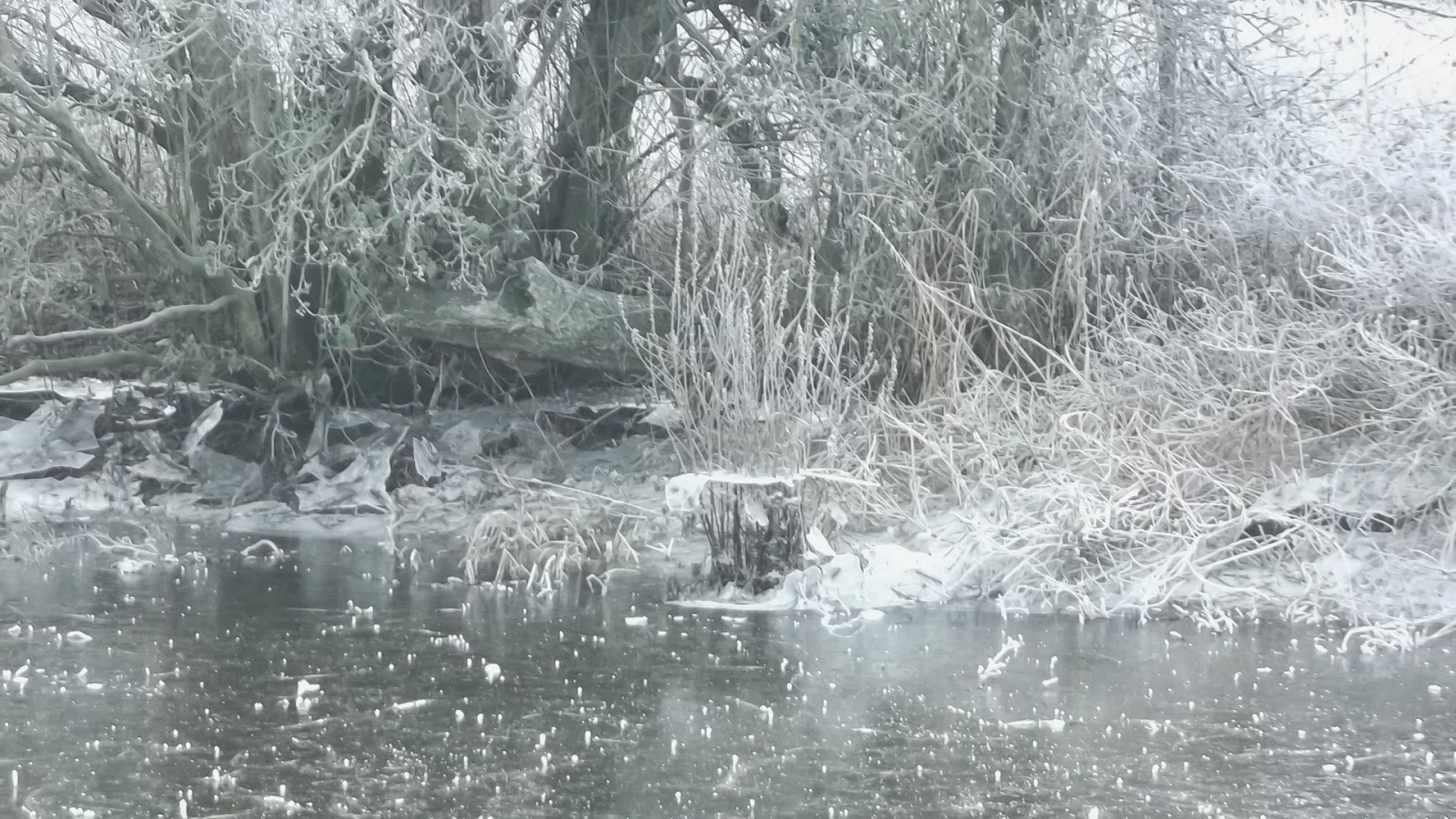 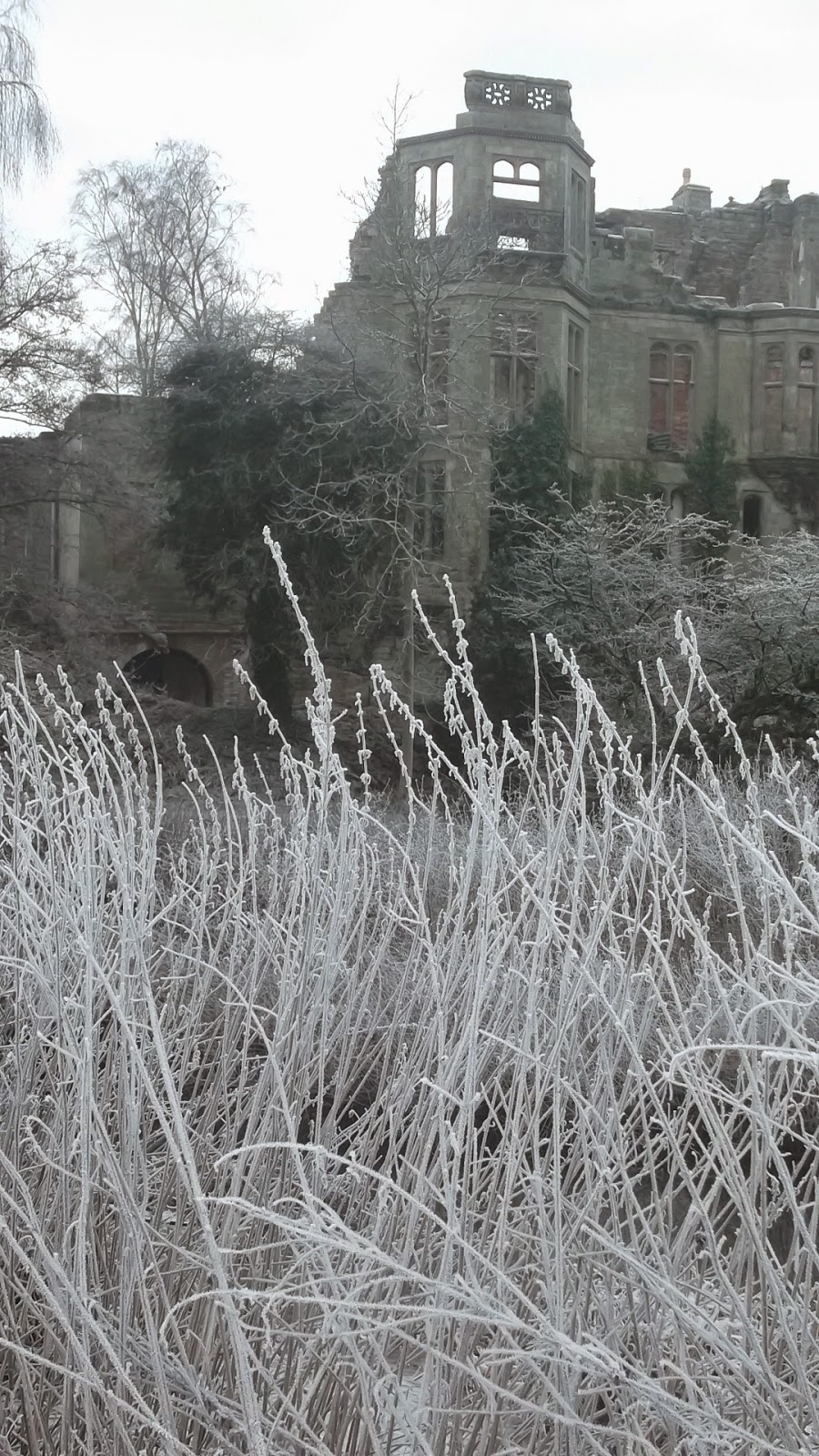 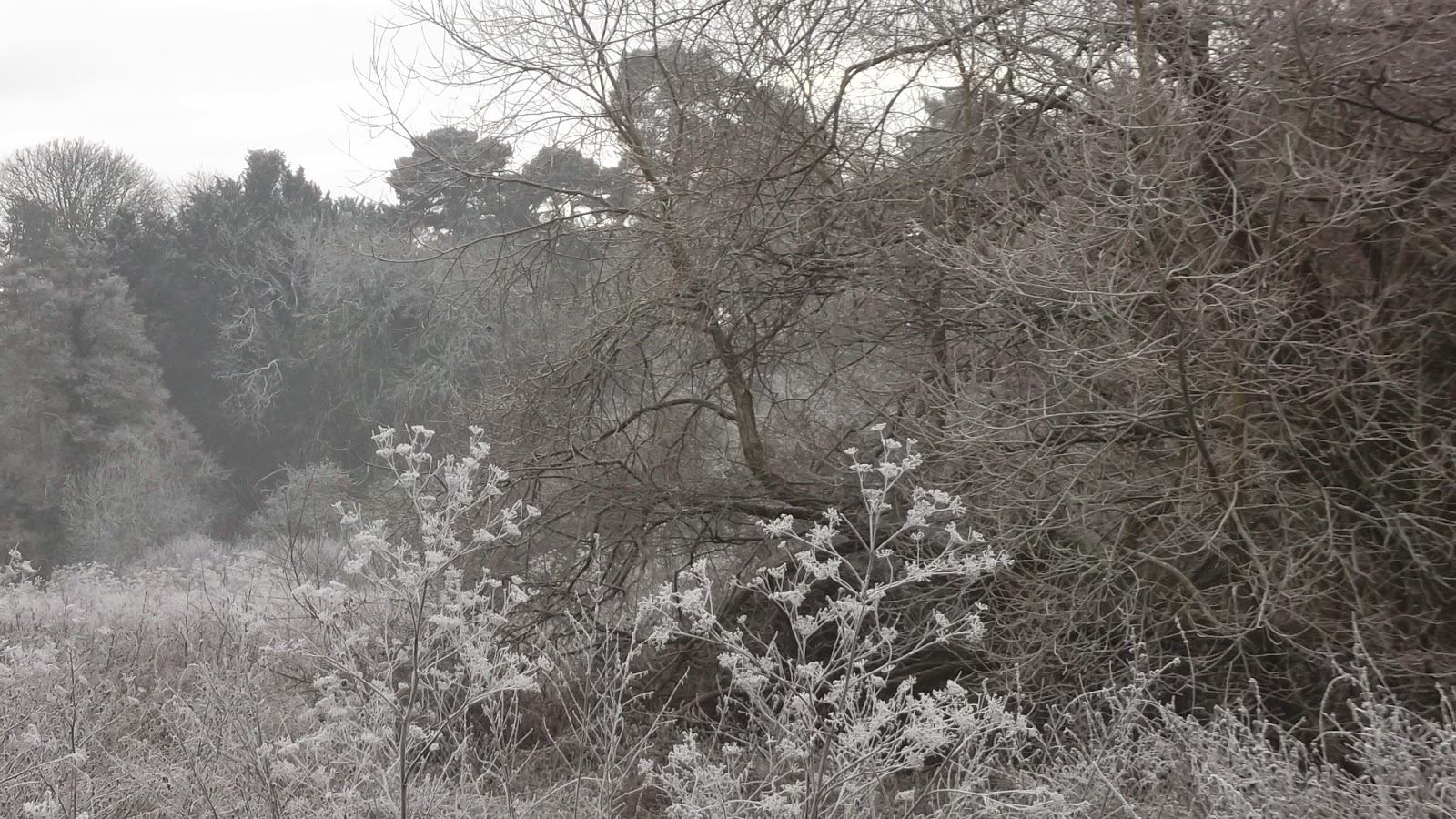 Today, I was up at Guy's Cliffe Walled Garden where I've joined the volunteers helping to restore the kitchen garden. On the way back, I dropped by Guy's Cliffe House, which was a monochrome marvel. (I'm more familiar with the place in summer, for it inspired another book, The Lost Orchid.) 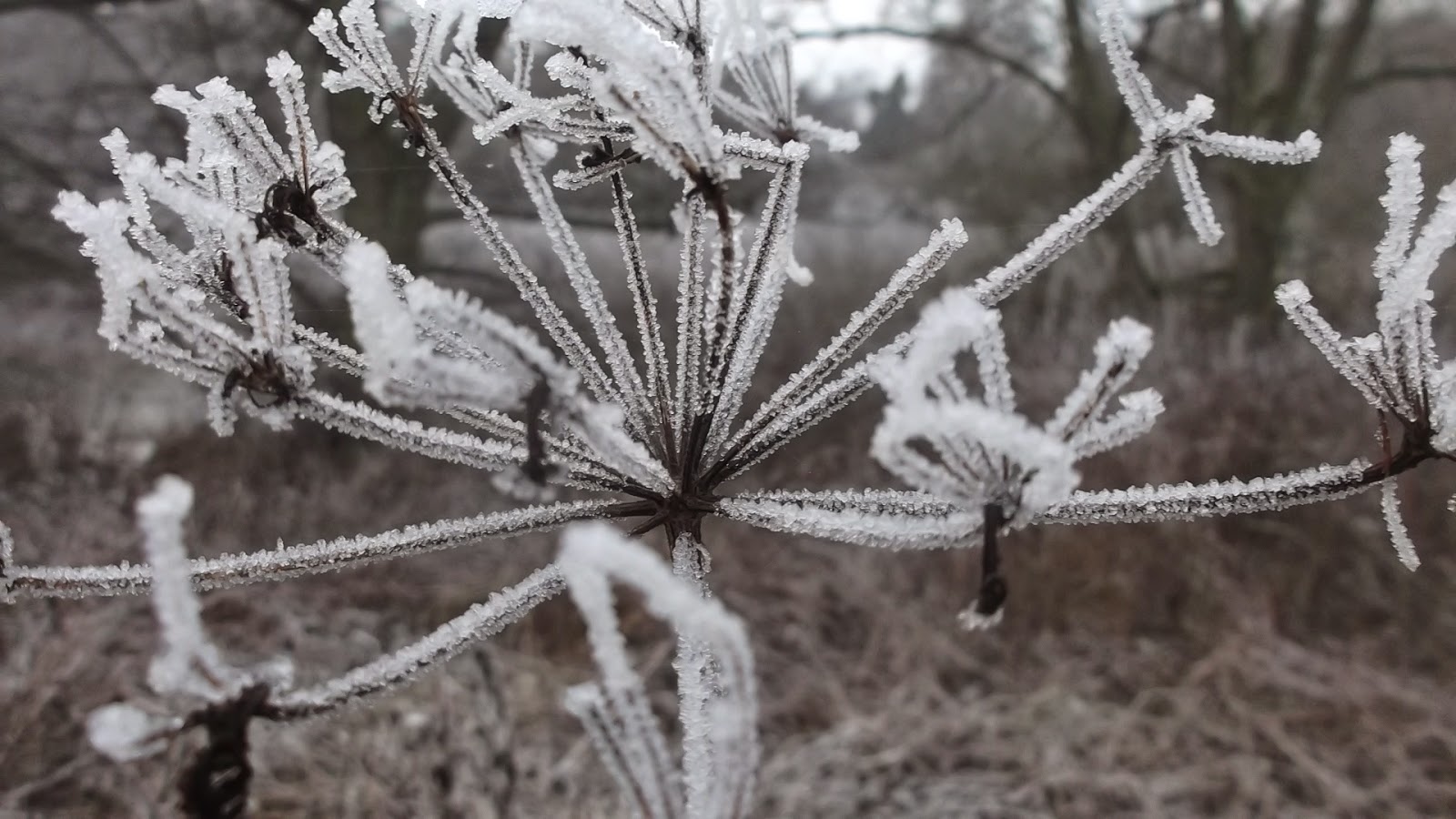 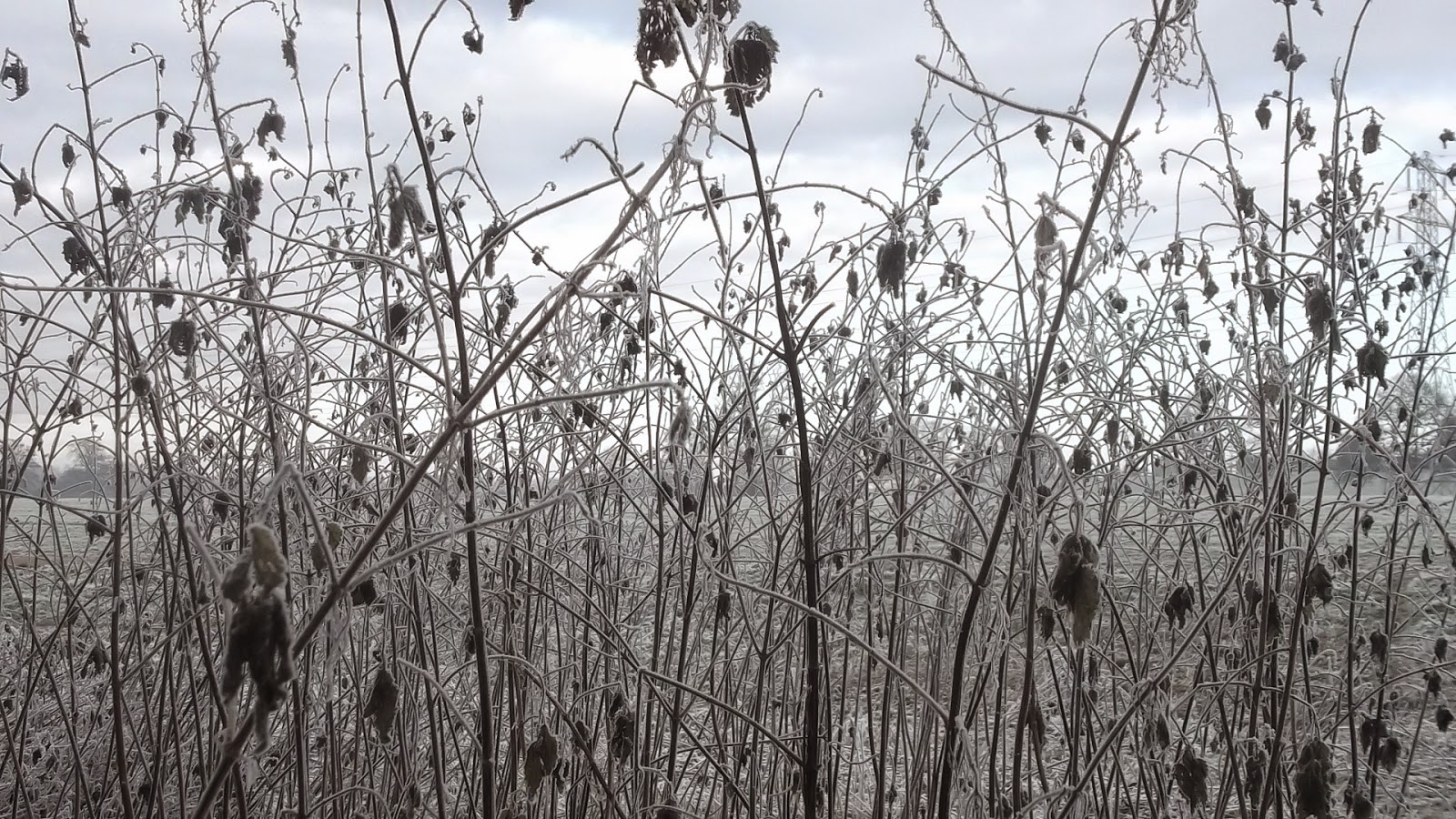 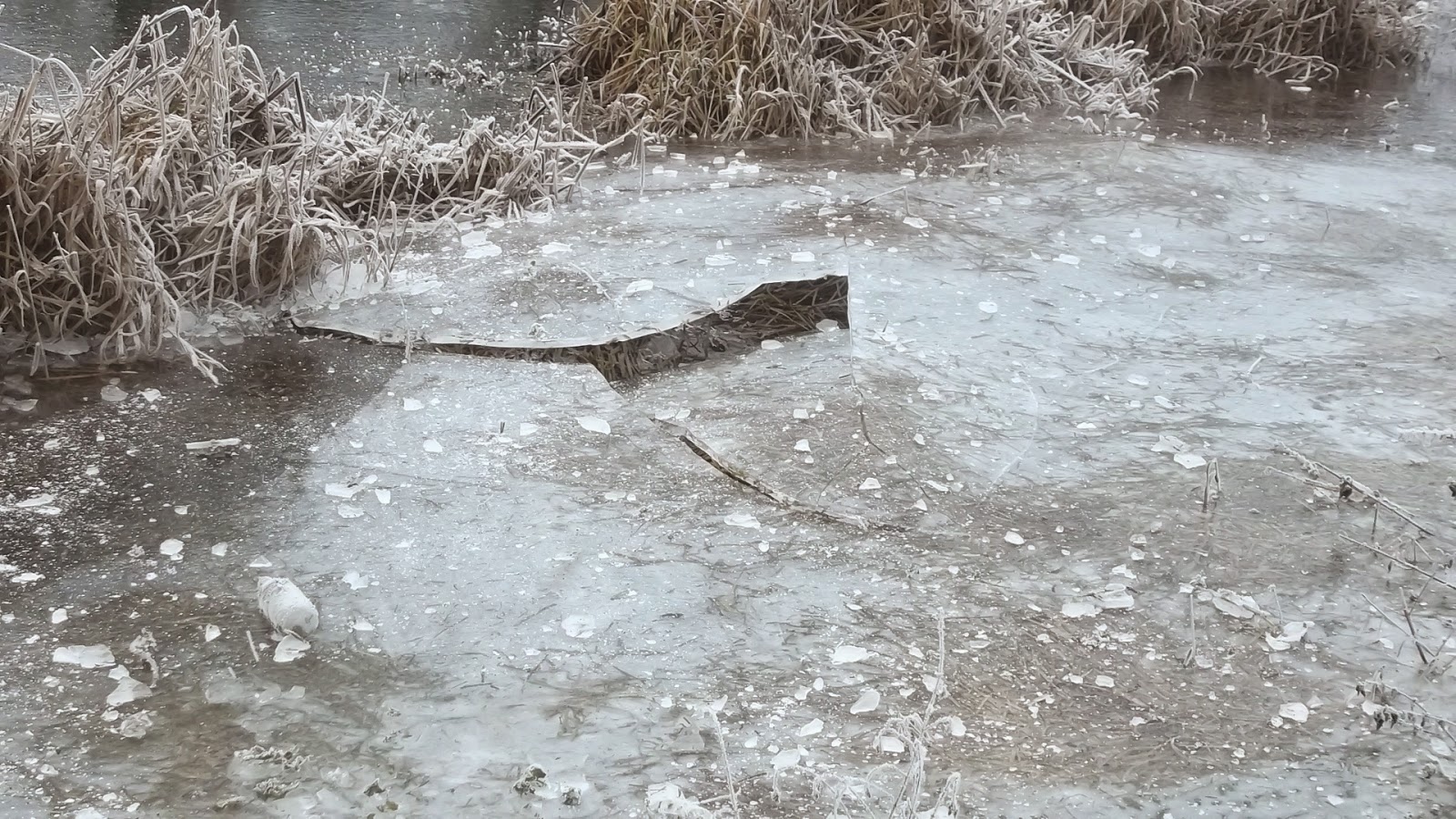 It looks as if the photos are in black and white, but they're not. The chilly winter sun bleached out all the colour. I've already plotted out a sequel to the short story - and I'm busy working on the sequel to The Lost Orchid. As I crunch along the frozen paths in Warwickshire, in my mind I'm tackling mad pteridomaniacs and naughty anarchists in the deepest Trossachs ...

A Walk in the Park has been downloaded hundreds of times. Thanks! Find it free on Smashwords. 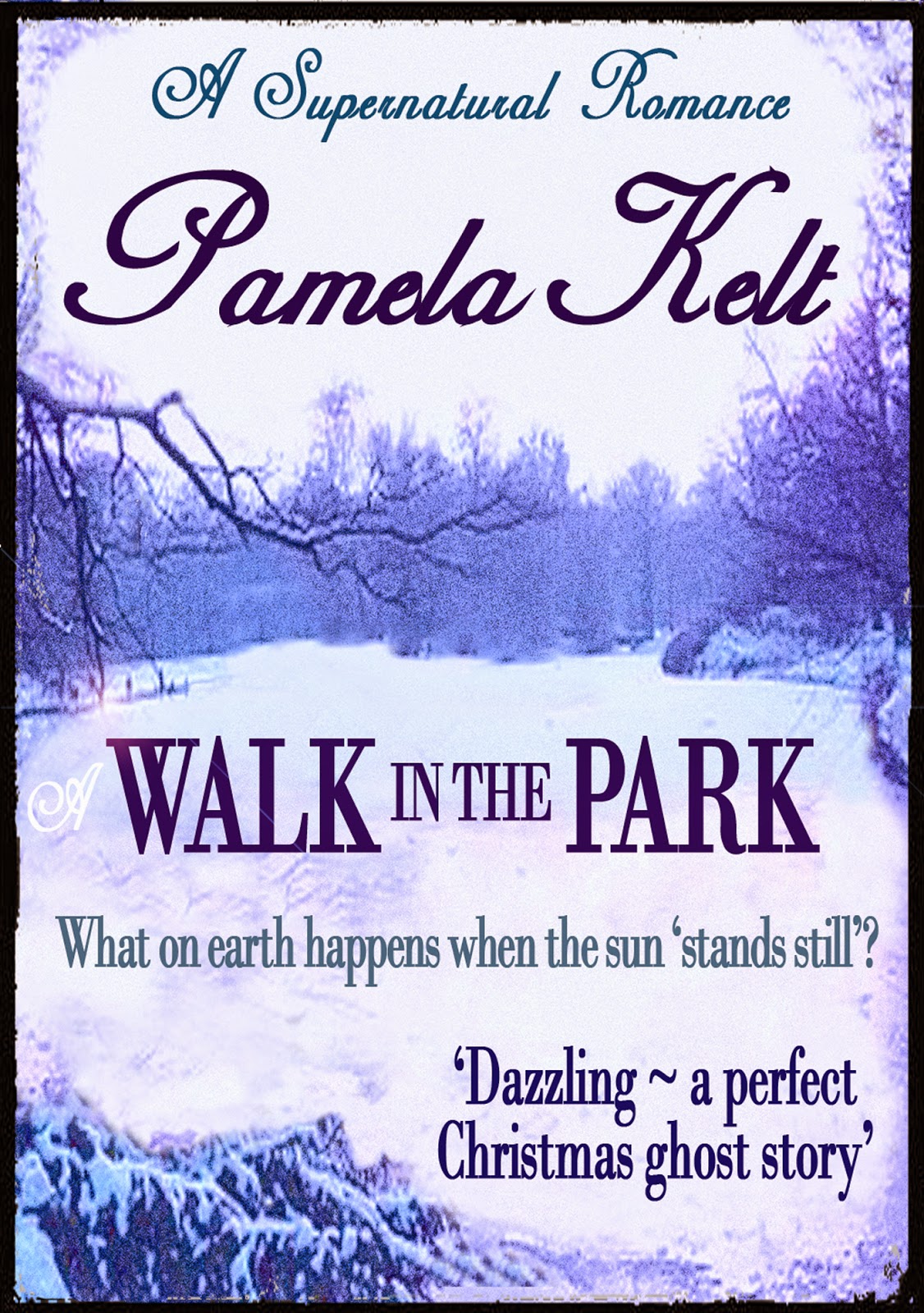