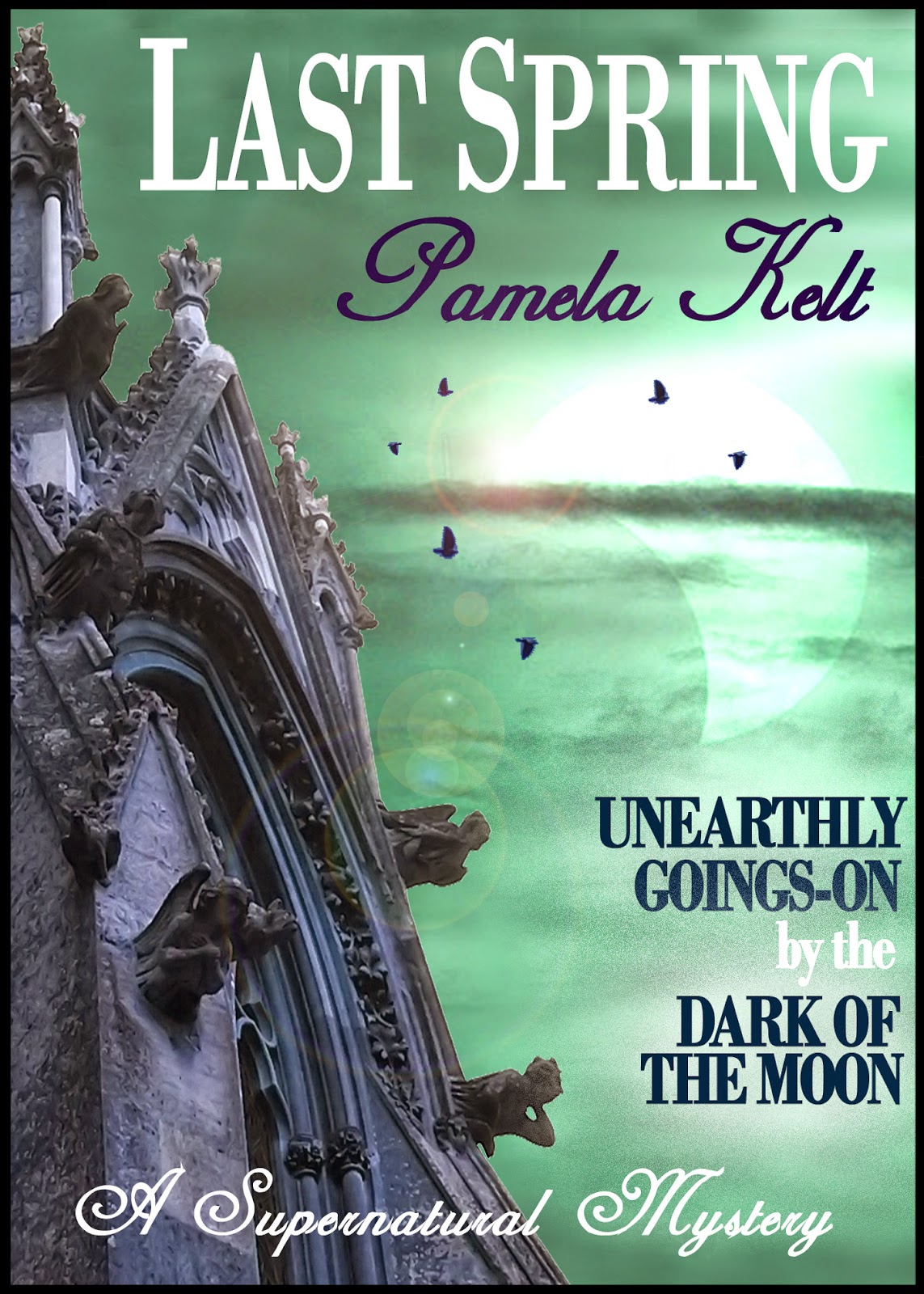 Especially proud of 'Last Spring', a supernatural short story now reaching more than 200 downloads ... It's free, of course, but still.

A Supermoon. A solar eclipse. A vernal equinox. All happening on a single night ...

What on earth could go wrong?

Richard added some shading to his sketch of the churchyard. He wished he’d brought his watercolours to capture the subtle blue and green hues of spring. Perhaps he would return tomorrow ... He put down his pencil and glanced around the familiar churchyard, dazzling in the crisp March sunlight, and took in the scented air.

Above him, a crescent moon was still visible.

His gaze lighted on the familiar double gravestone: one larger cross, with a smaller one tucked into the base.

Lichen was beginning to form on the familiar lettering. The new lychgate had begun to weather in, he thought, but it wasn’t as quaint as the old one. The repairs to the church door were all but complete. It was hard to think that a whole year had gone by since last spring.