That should cover it 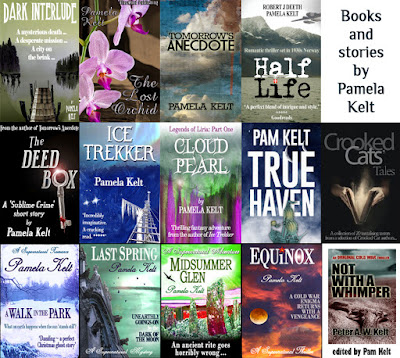 A good way to put off writing is to design your own cover.

I started when I was pitching books to independent e-publishers as a way of catching their eye. I used to work in newspaper design, so I thought I might as well. I’m also addicted to fonts, so I had rather a lot fun twiddling about.

Once I had some contracts, I had to hand over to other designers, which was rather hard, I admit. Versions boomeranged to and fro. They must have hated it!

Now that I’ve wrested back some titles for self-publication, I thought I’d start again. However, when I went back to my original designs, it seemed silly to ignore them, so I twiddled a little more, and hey presto. Yesterday, I got round to putting them all in one glorious self-congratulatory montage. 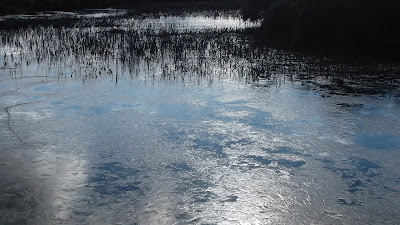 When I used to write features for the Bath Chronicle, I almost always wrote the headline first (naughty, I know). Obviously a title for a book is a must, but I used to find it much easier when I had a clear idea of what the cover looked like. I’m rather enjoying the freedom of doing my own again. Correction. Make that ‘relishing’.

And to make sure I don’t breach any image copyrights, I take thousands of pictures for myself, of anything and everything. From rows of leather-bound books in Laycock Abbey, which I thought would come in handy, to icy reflections in the lochlet near Smailholm Tower in the Border (which you'll see as the background on various blogs including Ice Trekker). Curiously, the first book title I saw was Potter's Antiquity and the abbey is famous as the location of many key Harry Potter scenes. Coincidence? 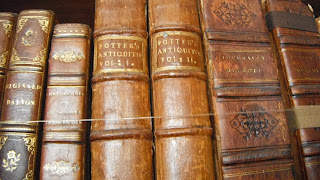 One day, when I’m putting off writing again, I thought I might actually try and file my gazillion photos by theme, as if it were a genuine stock photography outfit.

No, no, no. Must finish chapter one of Golden Bell, the second of the Legends of Liria. And then, I’ll republish Cloud Pearl. Incidentally, the cover is some lovely artwork done by my daughter Lauren in the sixth form. It was a waterfall, but I turned it upside-down. Sorry, poppet.
Cloud Pearl cover design fantasy Ice Trekker Legends of Liria Pamela Kelt writer