When I was starting out in writing, I read Mark Coker’s excellent guide, Secrets to Ebook PublishingSuccess, and realised it was time to stumble out of the darkness and into social media. Put simply, I needed a blog. 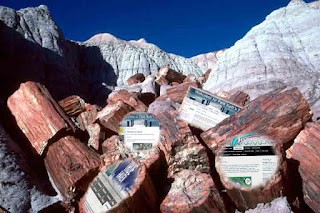 Correction. I needed several blogs, as I decided to do one per book. I knew it would mean more work, but as the titles were for different ages, it made sense. I also needed an author blog to present an overview.

So, over the months, I busied myself creating the different blogs and filling them with what I hoped was ‘good content’. Eight titles later, I had a blog per book, an author blog, an author website, Facebook pages, an Amazon author profile, ditto Goodreads and Smashwords. I feel exhausted just thinking about them all.

Articles, blog swaps, photos, quizzes, interviews. I did the lot for three years – and then stopped. Partly because I’d just had enough and partly because we were moving house. Well, it seemed a good excuse.

As part of my New Year’s Resolution this year, I wrested back four book contracts for titles that were languishing on a Canadian e-publishing site that really wasn’t working for me. The Grand Plan was to re-edit, design new covers, then republish independently. Of course, I then needed to update all the relevant blogs to reflect the new links.

But, oh Lord. Months of neglect had taken their toll. Every single blog was badly out of date, inconsistent, had missing links ... Quite frankly, they were a mess.

So, I took a deep breath and jumped right back in and began the long process of updating. (The frozen jetty from my main blog profile picture was never more relevant.) Weeks of editing turned into months, but now that April is here, I think I can finally say that I’m winning. 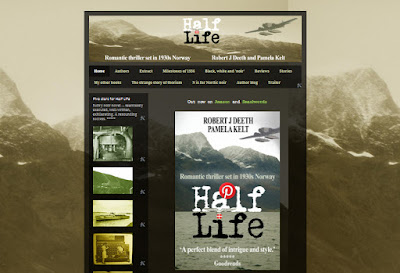 It’s been a slog, but hopefully it’ll be worth it. And I’ve learned a few hard lessons along the way.

The first and most important is that, if you have a blog, don’t neglect it. Little and often is the only way.

You lose speed at editing and formatting, and you can waste hours trying to recall how to do a simple process such as getting rid of a dateline. Worse, dashboards can change and you have to learn how to use the site from scratch. Sometimes, the template gets muddled and hyperlinks appear in horrible colours or vanish altogether. Once, the template was completely corrupted, so I had to start again.

And don’t forget that you’ve probably lost your ‘audience’ – and any kindred spirits you’ve encountered along the way have probably forgotten you exist.

Then, of course, you can’t remember where you filed your own stuff – photographs and/or text. I then realised that my housekeeping in general was, well, rubbish, so I had to reorganise all my files and folders across the board. That took a while.

I started with a list of what to do. For the first two months, it just got longer and longer, as added ‘notes to self’, such as ‘update all links to Dark Interlude’, or ‘re-do pages on The Lost Orchid’, or ‘re-design banner on Half Life inc new cover design’. Pretty damned daunting, but I persevered. By the end of March, the list began to get shorter. It’s now down to one page. Huzzah.

Of course, there’ll always be something to do, à la Forth Road Bridge, but I feel I’m now back in control.

PS Here’s my personal ‘blog roll’ – not including this one!