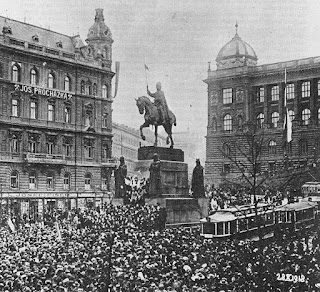 Browsing the headlines on my tablet, a headline made me jump.

‘Teachers and doctors should invoke the spirit of 1919 and strike together,’ claimed Ellie Mae O’Hagan in a recent opinion piece for The Guardian.

She argues that: ‘Teachers and doctors are now considering tapping into this collective power, not because they want to bring about a Bolshevik revolution but because they have been driven to an extreme act by a government that is utterly intransigent.’

I’ve been immersed in republishing Dark Interlude, a story set against the backdrop of ‘Bloody Friday’ in January of 1919. By the time the Armistice was signed, and thousands of demobbed soldiers poured into the city in search of work, the trades unions were ready to confront the bosses over working hours – and the resulting conflict landed the city on the brink of open rebellion for a few mad days, as the demobbed men fell in with the workers in a show of strength. 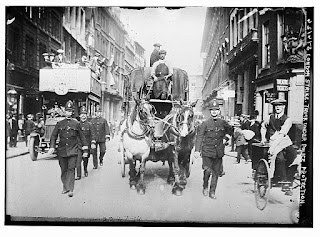 I’d come up with an alternative version of what might have exacerbated events at the time – and Bolsheviks are most definitely involved. However, I’d been so obsessed with getting all my facts straight, especially for the blog where I was putting together a timeline of events in 1918-1919, that it had never crossed my mind that the UK is in similar state of disillusion. It’s not just the police or the nurses, the fire service or the civil service. Dissent and despair has seeped through into every walk of life.

As for Port Talbot, words fail me.

So, if folks want to strike, I support them. After all, what other option have they got? 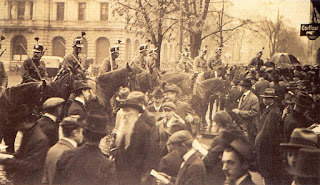 I know what it’s like to be on strike, too. In the chilly months of the late 1970s, and again in the late 1980s, I found myself on a picket line with other NUJ members. The bosses lurked indoors, bringing out the papers anyway, while we froze outside, standing on flattened cardboard boxes to keep our feet warm. The phrase ‘personal contracts’ still makes me shiver.

It was pretty damned desperate. We didn’t win, of course, but I'm rather proud that we tried to do something. 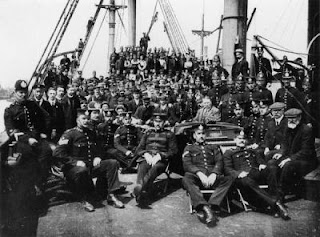 And as for recent events, clearly, I’m not the only quiet little person that’s horrified. I don't normally discuss politics, but I feel that the government needs to realise that they’ve got it wrong. Very, very wrong. 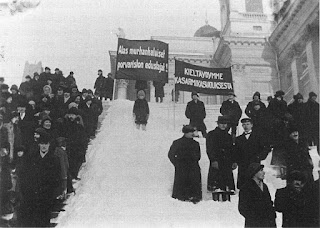