You’re never too [insert adjective here] to enjoy being silly 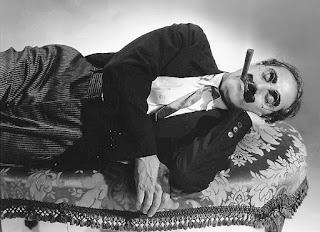 We all like to think we have a great sense of humour, but occasionally it can go missing. Somewhere between autumn and spring, I mislaid mine.

Maybe it was because of the soggy weather, but it happened. It can happen to anyone, of course, for serious reasons such as bereavement, loss, illness, shock. I won’t go on. Sometimes it’s just the ups and downs of normal life with a dash of Brexit. Mine seemed to have drained away through my boots.

In fact, it had been lying dormant, and had not totally disappeared, for on Thursday, I found it again. This was not by chance, for I had been hunting around for a while. A few weeks ago, I came up with a plan to be amused. Go and see some comedy. Well, the Fringe seemed, um, just the ticket.

I bought A LOT, of tickets, I mean. To all manner of madness, from satirical musicals to a one-man portrayal of Star Wars. On Thursday, we gathered up our bus fare, our loins, and a giant picnic and headed to the Pleasance at the heart of the Fringe.

As we clumped to our seats and the lights dimmed, I felt a familiar thrill of expectation. And off we went.

Who knew that Foley sound effects to a 1940s graphic novel drama could be so hysterical? Or that just three people could produce so many wonderful accents, speaking a dime to the dozen into a giant microphone. We knew it would be fantastic simply by the ‘rhubarb rhubarb’ hubbub they created in certain scenes. Mad scientists, Indian gurus, scary monsters from outer space, wolves, death rays, luscious snogging ... we heard it all.

Half an hour and a pint later, the Reduced Shakespeare Company dazzled with a bravura array of silly wigs, bowdlerised couplets and dreadful puns in The Long Lost Play (Abridged), with more than a passing nod to another dramatic genius, Walt Disney himself. God, I laughed at its bardic bathos – and yes, water pistols can recreate a tempest on stage.

Edinburgh is so full of watering holes that it was no problem to wander into a cocktail bar/diner to refresh our laughing gear, then off to this year’s Cambridge Footlights. Perhaps our arrival raised the average somewhat, but by this time, I didn’t care. I’d forgotten how much I love bonkers students revues. And these sketches were sublimely bonkers.

Four guys and girl in jeans and T-shirts (and one notable occasion, boxers and a swimming hat) did the classic array of madcap sketches, some great, some so bonkers that the ghost of Monty Python could be seen hovering in the rafters, having a snigger. As we regaled the ‘best bits’ to a tolerant mate the next day, I realised just how brilliant it was. Outrageous accents, ludicrous costumes, embarrassing moments and a bit of classic farce with some chocolate cake and a jug of water. What’s not to like?

My favourite sketches featured scenes where the ensemble became young children expounding on their view of the world. Charming, bitter-sweet humour that will delights audiences of all ages and temperament.

So, I am glad to report that after just one afternoon of silliness, my humour batteries are completely recharged.

You’ve gotta larf. No, you really have to.

PS I will never look at a conker the same way again.