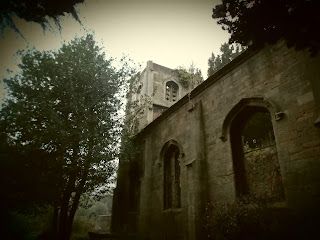 The graveyard of St Mary’s, in Bathwick, has become an historical side note, through no fault of its own. The churchyard of St Mary’s was opened in 1809 when the original 12th century St Mary’s church was demolished to widen Bathwick Road. The mortuary chapel, now a ruin, was designed by John Pinch, as famous in his day as John Wood, but now forgotten. It was built in 1818, a year before Queen Victoria was born, and constructed out of the material salvaged from the demolition of the 12th-century parish church. 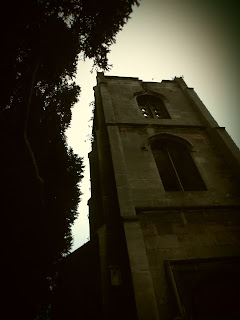 The chapel was used for baptisms and funerals but only for two years until the new parish church down the road was consecrated in 1820. By 1856, the churchyard was closed in favour of St Mary the Virgin Churchyard which opened in the same year at Smallcombe Vale. 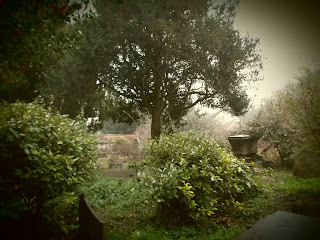 The cemetery has a desolate feel, intrinsically Gothic. As I stood in the foggy dusk taking photographs, a bat appeared, completing mystic figures of eight between the yew trees. One can just about make it it out in the photograph below. Just the one bat, with raggedy wings. He didn't seem perturbed by my presence. 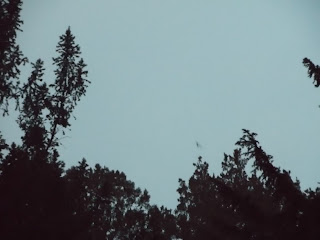 I am not that suggestible, but I swear something was moving in the shrubbery. A badger, possibly, for they do cause havoc in the grounds. At least I hope it was a badger, for one of the graves was partially excavated at one corner, and I can only hope that this is the perfectly logical explanation.
A Walk in the Park Back to Bath Pam Kelt Pamela Kelt Victorian