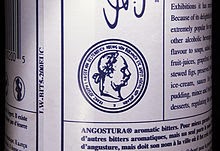 Making your own bitters is a great way to extend your cocktail cabinet - on a budget. Here's a simplified version of an orange-style Angostura Bitters recipe. Allow three weeks, which sounds a lot, but it’s basically bunging stuff together and then leaving it for a weeks at a time.

Bitters were originally used as medicine to treat all manner of ailments, but usually relating to digestion. You can actually added a drop of Angostura bitters to soda or ginger ale to help settle an upset stomach? I haven’t but I’m assured it works.
What is fascinating is that bitters were usually taken by themselves. It took until the late 1700s for folks to add them to spirits, and hence the cocktail was born. Although they are strong, they are applied by the drop and should not make the drink ‘bitter’.
Your expert bitter merchant is aware of three components:
Ingredients:
500 ml alcohol - schnapps is fine
225g dried orange peel
1 teaspoon cardamom seeds
1 teaspoon cordiander seeds
walf teaspoon caraway or star anise
water
225g white sugar 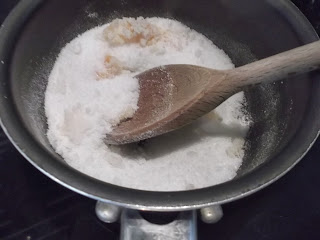 (Some recipes get fussy here, and fiddle about with more liquid, squeezing and so on. I skipped it, and it worked fine.)
These bitters can be stored for up to 12 months.
As for the orange peel, grab a regular orange, peel it and remove as much pith as you can. I use a grapefruit knife, in fact.
Cut the peel into ½-inch strips using scissors and lay them out on a cutting board so they can air dry for a few days (three is usually enough in a warm kitchen). If the oven’s on, you could place on a non-stick sheet and bake at 65 C. This takes up to four hours, so it’s up to you. Still, if you’re going to make a batch, it might be worth it, as you can store the peel in a sealed container. I haven’t tested how long it keeps, yet! 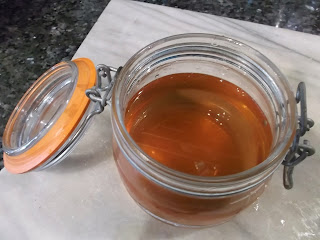 If you think this is fiddly, it really isn’t, once you get going. The jar looks fantastic in the cupboard as the spices infuse. And how about this for incentive? A 100ml of orange bitters will cost around £10, not including postage. Ouch. 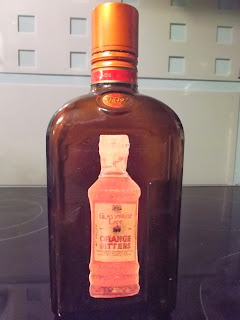 Of course, different ingredients release their flavours at different speeds, but to keep things simple, the recipe above is fine.
I intend to experiment with having two mixes on the go for different ingredients to see if I can tell the difference. I like cooking, but this might be the limit. I shall report back.
Here are some photos of the caramelisation process. Such fun. 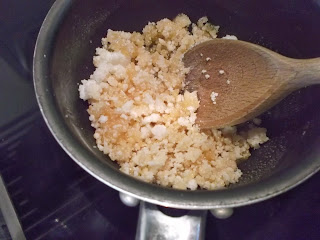 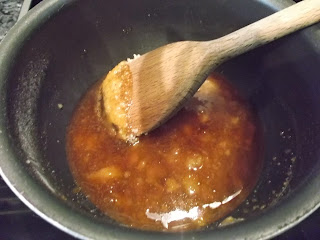 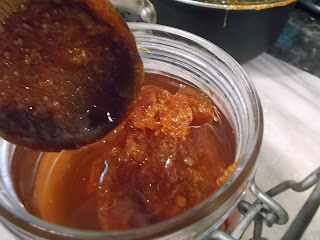