E is for elocution

When I was in primary school, I was painfully shy. Let’s just say: geese were safe.

The parents in their infinite wisdom decided that elocution lessons were thing. Let Pamela have her voice. Oh dear. Not their fault.

Even now, if I ever go past a particular foreboding mansion on Cambridge Road in Southport (England), my pulse races. My palms sweat and I have an overriding desire to be somewhere else. This is where I had to go on Saturday mornings at 10 o’clock. 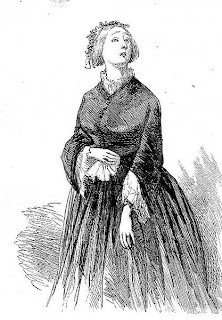 I recall standing on that dreaded step. I let my mum ring the bell … and was ushered into a lavender-smelling room of torture, with a handful of other victims.

It was ghastly. Game of Thrones scary factor level possibly around nine. Our teacher had a swishy black dress and mothballs up her nose (euphemism), I swear. And then I had to stand in a row with other unfortunate inarticulates and ... recite poetry. Out loud. We couldn’t choose the verses.

There’s poetry and poetry. Some verses I like. However, I’m not a fan of fairies in the chuffing garden type of poetry. Now you know why I used the word ghastly. I developed a stutter as a result. Happily, with the help of an internal thesaurus, I decided that this would not be an issue. Unless your name is Chris Christmas, I can cope. Oh, you Yuletide teaser, I’d say. Ha ha.

Funny thing. My mother did drama. Seriously. Used to be in rep. Could recite huge tracts of Shakespeare. Not me. Well, not after the electrocution lessons. I’d blank out if asked to learn a passage of text. My head would whirl. Even if understood every nuance, I couldn’t recall a single syllable – and certainly not if there were someone sitting in front of me listening.

A few years later, through some misbegotten adolescent tribal mis-experiment, I ended up as a deputy head prefect at my even more ghastly grammar school. Not just the only one deputy head prefect: one of five. Doesn’t sound good, does it? Never mind. The first day I had to do an announcement, I lost my voice. Instantly and literally. I saw a room full of people, awaiting my words. Silence. Throat dry. No sound. Arr- arrk- arrrk. Someone took over. I retired from public speaking. For ever.

Lord knows how I made it through university. By the time I was 20 I realised I had phobia of public speaking. There’s probably a Greek word for that, but I can’t look it up right now because our internet connection is sulking.


It dawned on me, well before dawn the other day, that this is why I prefer the written word. I’m in control. I could be smarter, ruder, more intelligent through writing than speaking. Speaking was pants.

Learning tracts of texts was an issue. Easier to paraphrase. Hence the writing.

So, words. Not wurdz, as the lovely, now sadly-missed, Richard Griffiths so loathingly quoted in The History Boys. Just words. Might write them. Just don’t make me say ’em.

A to Z of therapy? Right back Atcha, Zarathustra.